Some of us are forced to vote defensively. No one party has sounded convincing. They’ve all wasted too much energy making far-fetched accusations against their opponent and making vague unrealistic promises about what they’ll do if elected without revealing too many secrets as to how they’re going to go about it.

We can’t vote because we truly admire any party, only out of fear of another one gaining power. We have to vote tactically, plumping for the least bad in the hope of keeping out the badest. I’m beginning to sound like Nicola Sturgeon now. She wants to ‘lock the Tories out of No 10.’ I want to lock the anti-austerities, the unilateral nuclear disarmamenters and the apologists for Islam out. Oot.

I don’t trust any of them to do that elusive thing they always say they've already done or are just about to do. The Right Thing.  According to who, is what I want to know. Or ‘whom’.

Many of the BBC’s critics say that the only decent, right thinking man left standing at the BBC is Andrew Neil. I agree that he’s sharp, occasionally entertaining and not blatantly batting for the left, like his colleagues.

However, I happened to see him having a go at the Bow Group’s Ben Harris-Quinney the other day (or was it this morning) and I was a bit taken aback.
Mr H-Q has advised people to vote tactically, and if necessary vote UKip. 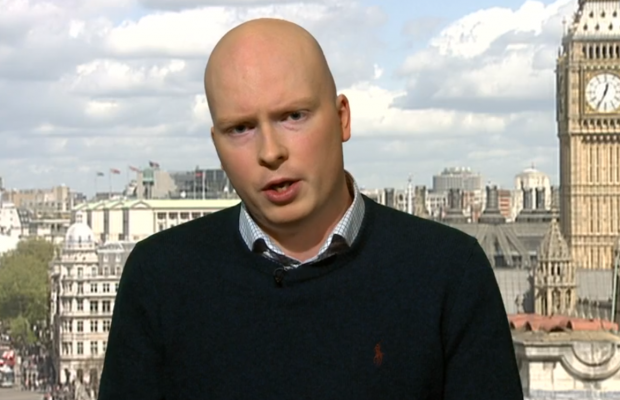 Andrew Neil had a really vicious go at Mr. H-Q., accusing him of being variously: a Walter Mitty character, a fantasist, an impostor, a nobody and, if I may say so, all-round bad egg.   ;-)  It built up to a crescendo, and by the end he couldn’t get a word in edgeways.
Michael Heseltine was in the studio, looking on. I think even he was shocked, but it’s a bit hard to tell with Michael Heseltine. He sat there with a particularly expressionless face until he was asked to opine.
“You destroyed him” was the verdict. “He is of no account”

My point is this. (and I don’t know the history apart from what emerged from the grilling) If Mr. H-Q is indeed such a nobody, an impostor, not a proper Conservative and  first class nonentity, why did they go to the trouble of getting him on the TV to undergo all that exposure and ridicule in the first place?

But I haven’t even finished. A couple of minutes later another guest appeared on the screen. This guest was getting a gentle, wheedling questioning; being humoured and treated with reverence.
Who might that guest have been? Why,  the supposedly great orator George Galloway. The obnoxious, pompous, self-serving, overrated personage who allegedly used parliamentary funds to send his parliamentary secretary out to buy his underpants. 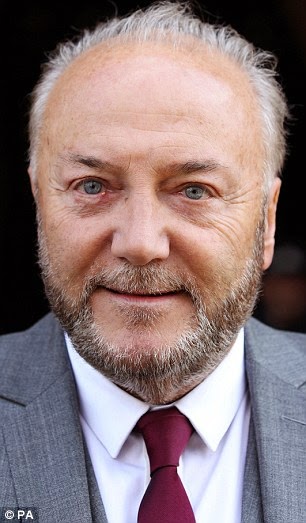 Andrew Neil has blotted his copybook as far as I’m concerned.

Another bad sight this morning was a kind of mash-up from that unpopular lightweight morning show hosted by Victoria Derbyshire. It looked like one of those ‘best bits’ films with which they console the “You’re Fired” candidates on The Apprentice. 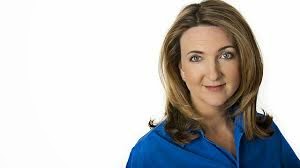 Victoria Derbyshire is not easy on the eye; a politically incorrect, un-feminist thing to say, I know. Her best bits, if that’s what they were, were not impressive. Watching her would have to be tactical. Like, you’re at home, nothing much to do but watch TV, and the only other option is Sky, BBC One, Al Jazeera or Dave.
You might be forced to watch Victoria Derbyshire interrogating a hapless UKipper and pretending to be a barrister in the style of Jeremy Paxman on a bad day, but doing so would be purely tactical and defensive.