The BBC is not alone in whipping up irrelevant, distracting media frenzies about trivial matters, but it seems much more unseemly when it comes from the state broadcaster.

Why on earth has a tweet from an obscure Lib Dem about an alleged utterance by the Prime Minister (that was made long before the election campaign got its boots on) achieved such hysterical media focus to the exclusion of all else just as we are nearing the home straight?

So bloody what if David Cameron did express a less than confident prediction about the future?
Even if David Cameron did deviate from the media-driven pretence that all parties are obliged to adhere to, i.e. that they are certain of winning an outright majority, so what?

All that hype merely opens the door to tedious denials, and worse, the inevitable twisting by all opponents, particularly Ed Miliband’s “Cameron has conceded defeat,” Clegg’s “Big fat lie” and various other posturing twaddle that has been whipped up by the media.

It has been another enormous unwanted distraction, just at a time when there are still important policies that haven’t been addressed.

Mind you the policies that have been addressed have been presented to us in a spectacularly vacuous manner. Long lists promising motherhood and apple piedom, obviously based on the assumption that we, the general public, are all half-wits.

The media has created a malignant stagnancy. If any politician steps out of line or says anything interesting, the media will get hold of it, magnify it, turn it inside out and upside down, misinterpret it, chew it up and spit it out.

I must say that some of the Labour party’s P.R. efforts are pure ‘Thick of it.”  The Edstone, Russell Brand, and the Steve Coogan party political broadcast. Has Steve Coogan gawn completely mad? Or is he a Tory and the laugh’s on us?
The Indy online clogs up my computer, but sometimes a bit of constipated internet has to be endured in the line of duty. 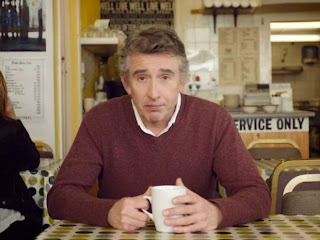 And don’t let’s get started on Eddie Izzard.  All I can say is....Why?

John Humphrys’s interview with Nick Clegg more or less encapsulated the distracting effect of the media’s intervention between the voter and the political party's true intentions. The media, as middle man, imposes a massive restriction on the electorate’s ability to access the facts.

I do understand that possible political allegiances are important, and premature certainty about, say, the Lib Dems’ ‘red lines’ might affect the voter’s decision. But we also know that for that very reason, the politician cannot risk giving a direct answer. If it weren’t for the media’s meddling, twisting, spinning and interference they might just be able to be honest. We all know this, so why the pantomime? 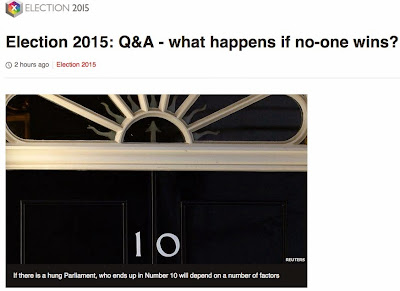 Here’s what the BBC has to offer. Coalitions for dummies. It’s probably helpful, if anyone cares to read it, so I say they should just leave it at that, and let the electorate do what it will.