"I'm not sure people can have much confidence in the editorial judgement of @andrewpolitics and @BBCLookEast", says Douglas Carswell 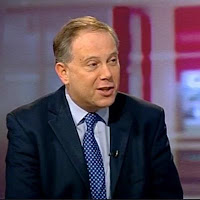 There's a lively Twitter debate going on over the question of free speech following the mob attack on Douglas Carswell MP the other day. A local BBC news programme chose to do its 'BBC impartiality' thing and invite on someone from the baying mob:

On look east (East edition) at 2230 the other side of the story. We speak to one of the protestors who confronted @DouglasCarswell
— Andrew Sinclair (@andrewpolitics) May 28, 2015


[Update: I've deleted most of the tweets featured here, given that they turn out to be unfair to Andrew Sinclair - though I'll leave this one for the record, given that this is the source of the accusations against his editorial judgement]:


@JamesDwan on a different note, I'm not sure people can have much confidence in the editorial judgement of @andrewpolitics and @BBCLookEast
— Douglas Carswell MP (@DouglasCarswell) May 28, 2015

Update: Andrew Sinclair has been in touch to point out that he didn't take part in the coverage of this story and played no part in the decision to interview the protestor, so it is wrong to say that the fact that Look East ran the story should reflect on his editorial judgement.

He was actually working on another programme at the time and was informed out of courtesy that the story was being run.

The fact that he tweeted about it and later expressed an opinion about the interview is very different to making an editorial judgement.
Posted by Craig at 15:25