The new ‘Three Rs’
No, it’s not reading, ‘riting and ‘rithmetic. It’s Rhymes, Revolution and Resistance.

I don’t like rap music or antisemitism.
The BBC combines the two in this programme about Hip Hop, “a culture that appeals to all.” (except me)
“Malaka’s lyrics are bombastic critiques of government corruption, a recognition of the Palestinian plight, of the need for Arab unity and imploring women to take control of their own destiny.”

“A catalyst for change. The rappers are divided because of Syria, the ones that are pro Assad and the ones against. We used to be united around freedom for Palestinians  - Israel out! We want Israel out - but now it’s different.”

The BBC doesn’t even raise an eyebrow at this boastful trumpeting of the Arabs’ collective hatred for Israel. 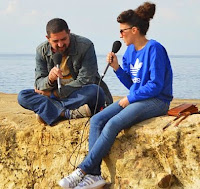 The Islamic Garden.   The Chelsea Flower Show featured a garden created by Kamelia Bin Zaal from Dubai.  Her garden is named “The Beauty of Islam”.
Monty Don: “We went to Dubai to find how she found her inspiration.”
The Sheikh Naveed Mosque in Abu Dahabi is a mosque so vast, so Disneyesque, so wedding-cake-gawn-bonkers that the mind boggles. (I am not acclimatized to Islamic architecture, obviously.)

“Our garden at Chelsea is a representation of our religion and Arabic culture, to show the unity and diversity of Islam using calligraphy of the word “Allah”.  Monty Don doesn’t bat an eyelid. 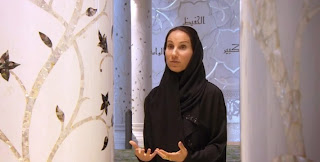 Over on BBC Four Tim Whewell is still on about that grand piano that is being restored in Gaza.  It’s now ready to be played. It’s all very nice that this is happening, and the film did at least indicate that intimidation and disapproval of music-making was lingering menacingly in the background. Music is Haram. The final voice-over was context-free, so a speech that was intended as thoughtful, philosophical and wistful came across as pure Hamas-whitewashing propaganda.

Anyone would think that the regime’s relentless pursuit of the genocidal Hamas charter had nothing to do with the unfortunate predicament of the would-be pianists. Tim Whewell looks pensive and almost tearful. 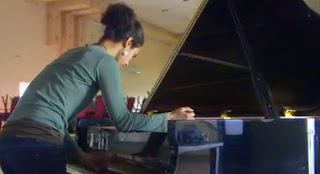 Could the BBC’s obsession with Islam have anything to do with this ‘misperception?’
Or, is it simply “the demographics, stupid.” 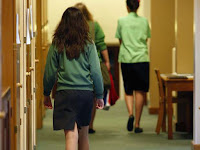 Why do we need wall-to-wall, saccharine coverage of matters Islamic?  I’ll have a go at answering my own rhetorical question.

Back to the BBC’s self-parody W1A . They’ve worked out that there’s an over generous ‘diversity’ quotient at the parody BBC workplace. It is disproportionate in relation to the actual diversity of the UK population, but ‘according to guidelines’ it’s supposed to be ‘proportionate’.
This is okay, they argue - no need to sack anyone, because of ‘thinking ahead.’ There’s diversity in hand. For the future. It will even itself out as time goes by. Equilibrium will be restored. In other words, demographics, dear boy.