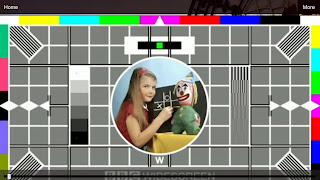 Everyone is trying to predict what John Whittingdale is about to do to the BBC, but apart from that I was a bit confused by Matthew Goodwin’s performance on the Daily Politics just now. I understood that Dr. Goodwin was an extremely left-leaning academic, but he seems to have acquired some expertise on UKip.  Not entirely hostile, I thought.
The Daily Politics was teetering on the edge of deep sarcasm re Nigel Farage’s ‘U-turn’, aka ‘the shortest reinstatement after a resignation known to man’. But they moderated the cynicism by mentioning other, similarly swift political post-resignation reinstatements.

Jo Coburn is not known to be well disposed to Farage, as her irritable conduct during the election debate attested.
I was pleased to hear Dr. Goodwin explaining what I had been waiting to hear someone say, if only because it seemed such an obvious hypothesis.  Surely Farage made his promise to step down if he was defeated at Thanet on the assumption that a defeat would indicate a general lack of support for UKip, in which case he would be quite right to give up on the project.

As it was, the public's vote of confidence spoke otherwise. It would be a big snub to his supporters if he abandoned them after winning so many votes, even if not seats.

We might also take into consideration that the scare-mongering - the horrifying threat of a Labour party/SNP coalition - probably threw may potential Ukip voters into the arms of the Tories. If the polls had been less misleading who knows what the outcome would have been for Ukip.

The media should start taking UKip more seriously, even if only so as not to antagonise the public.
Posted by sue at 16:23