From the BBC to parliament 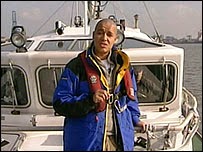 As far as I can see, the only former BBC reporter to be newly elected to parliament in the 2015 general election was Clive Lewis in Norwich South, winning the seat for the Labour Party.

He used to be the BBC eastern region’s chief political reporter, appearing on BBC Look East and the BBC's Politics Show.

Both of the ex-BBC reporters who stood for Plaid Cymru - former BBC producer Marc Jones in Clwyd West and former current affairs producer at BBC Radio Cymru John Rowlands who stood in Ynys Mon (Anglesey) - failed to win their contests, losing to the Conservatives and Labour respectively.

Does anyone know of any other former BBC reporters who stood for election this time?