"Two jurors cried after the verdict was read. So did I."

Following the death sentence returned on Boston Marathon bomber Dzhokhar Tsarnaev by a U.S. federal jury, the BBC's chief reporter on the story, Tara McKelvey, has written an interesting piece for the BBC website describing the mixed emotions at the sentence in "liberal Massachusetts".

She herself admits on Twitter to having wept when the verdict was read out:

Two jurors cried after the verdict was read. So did I. Jahar Tsarnaev was led out. As we left the room, a clerk said, "Have a nice day."
— Tara McKelvey (@Tara_Mckelvey) May 15, 2015

Other journalists at the BBC simply think the jury's decision was a mistake: 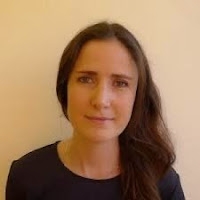 Update: And talking about our Steph...

Alan at Biased BBC has been doing some digging. I knew she was recruited to the BBC World Service from the New Statesman, but I'd not found what Alan has found - a piece written (in January 2011) after she became a BBC WS journalist (in May 2010) where she expresses her fears about losing her job at the BBC World Service and excoriates the (then) coalition government from a very left-wing position.

For her the BBC World Service is the part of the BBC that "continually addresses the displaced, the marginalised and the poor", but...

Many will argue that the World Service is a relic of its colonial beginnings. It is far from that but that is what it will become. Until now the service has been unimpinged by the corrupting forces of the market. In the next few years however programmes will look to sponsorship from multi-national organisations and NGO’s to the detriment of independent reporting. If the World Service is to survive it will only do so by becoming a tool of corporate colonialism exporting the ideals and propaganda of those with money on those without.

The coallition (sic) government will continue to thump about quashing every public institution it can, tearing apart the welfare state, selling schools, forests and anything they can feasibly attach a price tag to. The World Service is just another casualty in what is already an old but painful story.