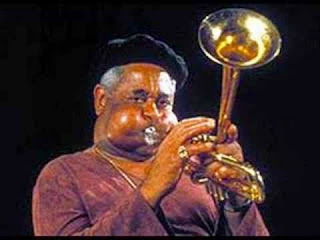 I don’t often blow my own trumpet, (no honestly) but as a time-impoverished blogger I feel pleased with myself when a real pro comes up with words that echo my own, rather than the other way round.
Take, for example Douglas Murray’s article here.
He’s saying exactly what I said about the media’s negative influence on this election campaign, namely magnifying trivial irrelevancies -  a slip of the tongue, a stumble, an unfortunate photo. So much so that vital topics are completely forgotten. Foreign policy. Defence.

Here at “ITBBCB?” we aim for clarity, brevity and topicality, but if my amateur scribblings are less well crafted, less authoritative (who IS she?) and sometimes a bit too  cryptic for your taste, Douglas’s piece will clarify.

(I like cryptic. I want  the reader to put in some work of his/her own. What do they want? Everything  on a plate?) However, if anything confusing crept into the piece entitled Trivial pursuit, please turn to Douglas, but don’t forget you saw the germ of the idea here, without any noisy ads popping up to make you jump out of your skin.

Only the other day we were talking about provocation and asking whether Pamela Geller and Robert Spencer were acting in an unnecessarily provocative manner by holding a ‘Draw the Prophet competition’.

The whole thing was undeniably provocative, but whether it was unnecessary is arguable. There are many ways to make a point, and at least on that occasion they succeeded in not only making, but proving a point. If fanatical Muslims believe that drawing Mohammed is punishable by death, and they are entitled to carry out this punishment, whether it occurs in an Islamic state or in the free world, some sort of action needs to be taken to show them that this isn’t so. 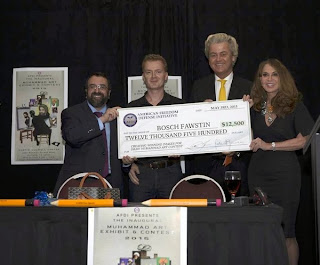 “Undoubtedly this is partly to do with the idea, becoming ingrained, that if you draw Mohammed or publish such images, you have, in some way, got it coming to you. This is an appalling pass to have come to, but it is in just such way that censorship and self-censorship are allowed to embed themselves.
Very few people say that they will not draw a historical figure because they are scared. But attack by attack, the feeling is growing among the majority of the media and others who have declined to publish such images, that they have failed. So to hide that shame, they tell themselves there is something provocative and even irresponsible in challenging people who would challenge the freedom speech.One might still get the support of those who cherish free speech if one were accidentally to publish a cartoon of Mohammed, but not if you did so deliberately, and in full knowledge of the consequences. But of course, it is precisely after facing the consequences of challenging these would-be censors that it is most important to keep on challenging them, so that people with Kalashnikov rifles do not make our customs and laws.As people come up with ever more elaborate ways to justify what they probably know in their hearts to be contemptible, it becomes harder and harder for them to change course.” 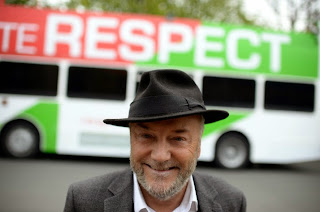 I think everyone should read this piece called ‘A Jew in Bradford’ because it, too, touches on  the subject of provocation, and because it spotlights outrageous corruption and political shenanigans, all of which need to be exposed.

We deserve to know that there can be no more cover-ups and no hesitation on the part of the government, the media or anyone else, for fear of being condemned for (or convicted of) committing the woolly, shadowy crime of  Islamophobia. It is a  matter of religion, and should one chose to regard Pakistani clans in terms of race, it is a matter of race.  It’s also a matter of voter fraud, corruption, illegitimate control of local policing and education.

Panorama, Our World, Dispatches, where are you? Let’s be ‘avin’ ya.

As things stand, being a Jew in Bradford, like being a bull in a china shop, is evidently risky. That is bad enough. But a provocation?  George Galloway seems to think it is.

One person emerges from this sorry state of affairs quite well. His name is Alyas Karmani, an imam who serves on a Bradford council. He seems like a genuinely kind man.
Amongst other responses to that so-called provocation was one of profound rudeness and lies; par for the course in “respect” of one particular individual. Mr. George Galloway MP accuses Ben Judah of ‘staging‘ it (his assault) and he even appears to imply that the local commander of West Yorkshire police is at his beck and call.

After the publicity that was belatedly given to the grooming scandal and its decades-long cover-up, surely this scandal is not too ‘taboo’ to warrant widespread media attention.
Posted by sue at 21:36