The BBC and "the self-censorship of true opinion" 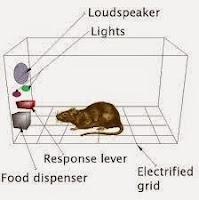 There's a very interesting piece at Spiked by Frank Furedi (h/t Guest Who at Biased BBC) which is well worth reading in its entirety but from which I'll quote the opening pair of paragraphs:

For me, the most memorable moment of the General Election campaign occurred a few days before voting. I was listening to the Radio 4 Today programme, which was running a feature on the issue of immigration in Northern Ireland. The presenter said that the traditional hostilities and tensions between Catholics and Protestant had been suspended, giving way to a new division between the Irish and immigrants. Interviews with people from Catholic and Protestant communities seemed to back up the claim that they no longer felt threatened by the ‘other side’. But what was truly fascinating about their comments was the language they used to describe their new concern. Time and again, they used a variation of the expression ‘We are not allowed to say what worries us’. It was as if they self-consciously feared naming the source of their concern. In the end, after failing to extract what it was that the interviewees were ‘not allowed to say’, the reporter said to them: ‘You mean immigration?’ At which point one could almost visualise the female respondent nodding her head in agreement as she blurted out: ‘Yes, immigration.’

Something about this exchange struck me as very disturbing. Over the past week my mind has kept coming back to it, to reflect on what it meant. Is it not worrying that in a free society ordinary citizens feel uncomfortable with publicly expressing their true opinions? What I found even more unsettling was that the BBC reporter did not express any surprise about the hesitant and reluctant manner in which her questions were being answered. One would have thought that the frequently expressed comment ‘We are not allowed to say’ was itself newsworthy, and an important point to comment on. But it was just nodded through, capturing the view that, yes, it is understandable that people should feel they are ‘not allowed to say’ certain things. In hindsight, it was difficult to avoid the impression that the BBC itself — perhaps inadvertently — was complicit in legitimising this self-censorship of true opinion.

It is, indeed, difficult to avoid that impression - though the extent to which such things are "inadvertent", especially given the BBC's past record, remains very much open to question.

As I wrote the other day:

This is a TV and radio broadcaster, after all, that, it emerged in the course of the largely-pro-BBC, BBC-funded Prebble report, really did censor phone-in callers who expressed strong reservations about immigration (on Radio 4's Any Answers), because they felt such opinions might cause offense. (I'm still surprised that this admission hasn't been raised merry hell about by anti-BBC bias campaigners - as Sir John Major might have put it. It seems quite extraordinarily damning to me).

And, even if those views aren't straightforwardly censored these days (as they used to be), then expressing them live on air can still earn you a public shaming from a BBC interviewer. (For evidence of that - and sticking with Any Answers, please see an earlier post at ITBB that provides just such an example).

Unless you're incredibly thick-skinned (or a keyboard warrior), why wouldn't you self-censor yourself rather than face embarrassment and a telling-off from the Right-Thinking Brigade? You've seen and heard on countless BBC programmes just what happens to people who dare to say such things out loud. Why would you want that to happen to you too?
Posted by Craig at 17:57