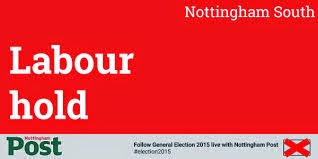 According to Max Hastings,

Cameron stumped the country (and some Tory critics of his election campaign) by repeating a simple message: that only his party can be trusted with the economy. Much of the media, and especially the BBC, did their utmost to play to Labour's campaign agenda, emphasising the NHS, welfare cuts, the homeless — the predicament of the bottom tenth of society.

But voters showed they recognise that at the heart of all decent government should be the interests and ambitions of the vast majority; the earners and not the spenders.

And according to Toby Young,

The reason the Election result must have come as such a shock to the high-ups at the BBC is because its coverage of Ed Miliband and Labour has been so sympathetic for the past five years. Scarcely a week passed without a ‘yoof’ documentary on BBC3 about food banks or ‘the bedroom tax’ – in reality, a benefit cut – while the news that two million jobs had been created since 2010 hardly got a look in.

Whether you accept those (Conservative) criticisms of the BBC or not, I'd just ask you take a short trip back in time - back to Wednesday's night and the final pre-election Radio 4 current affairs programme: The World Tonight.

The long closing discussion between presenter and pundits on what we should expect from the election, looking back, is hilarious. It's so full of embarrassingly wrong predictions and dodgy analysis that, i-Player permitting, it should provide a permanent reminder (an Ed Stone) of just what a load of complete codswallop much of the BBC's pre-election speculation has been.

That's not my main point, however. That's to recommend that you listen to presenter David Eades's extraordinary report from the Midlands (beginning some 8 minutes in) - a night-before-the-election piece from Nottingham (a city containing three safe Labour seats).

We heard from (a) a Green-voting punk band member/council worker who protests against the benefit cuts and denounces the money-men, (b) a Labour-supporting advice centre worker "with a pretty grim tale to tell", living in one of the most deprived areas in the country ("One in three are in poverty here. Unemployment is extremely high", said David Eades), who blames the welfare cuts for the poverty, homelessness and food banks and says only the richest have benefited over the last five years; (c) a small businessman whose new business has grown rapidly and taken on some 60 staff in the year since its inceptionm who wants a government for small and medium-sized businessman and who likes the coalition; (d) a public sector worker from the 'squeezed middle' who finds the job-market and care costs difficult, and life "hard" - harder over the past five years than the previous five years, and who finds things "demoralising and frustrating".

As you will have noticed, that makes 3 unhappy people v 1 happy person, as regards the outgoing coalition government and the state it left the country in.

The left-wing criticisms and accompanying tales of woe accounted for 74% of David Eades's report; the pro-coalition positive tales of economic growth accounted for just 26% of his report.

That's precisely the kind of BBC report Max Hastings and Toby Young have in mind, and there it was on the final pre-election current affairs programme on BBC Radio 4.