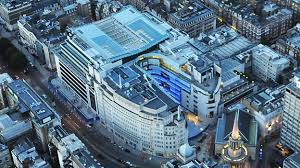 The lead story in The Sunday Times reports that the BBC will be told to return to its public service roots and scrap ratings-grabbing programmes like The Voice.

According to the paper, this week's government green paper will also:

• Open the door to a replacement for the £145.50 licence fee, with a household tax, subscription payments and a means-tested licence fee all on the table

• Question whether BBC news fulfils its obligation to be politically impartial

• Ask for views on the role of BBC Worldwide, the corporation’s commercial arm, which some would also like to see sold

For the purposes of this blog, the fourth item there - "Question whether BBC news fulfils its obligation to be politically impartial" - is a welcome one.

It's about time there was a proper "root and branch"review of BBC impartiality - especially a review that comes from beyond the BBC itself.

Maybe the government's new board of eight advisors might ask to for the suppressed Balen report to be placed in the public domain. (And hopefully plenty of people will be encouraging them to do so. I will certainly be writing to them about it, once they begin work). 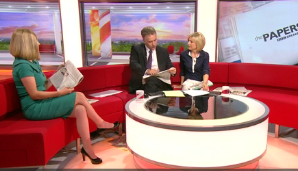 As an aside, The Sunday Times's front page was missing from both of this morning's newspaper reviews on BBC Breakfast, with guest reviewer Helen Pidd of the Guardian.
Posted by Craig at 09:39