You learn something new every day 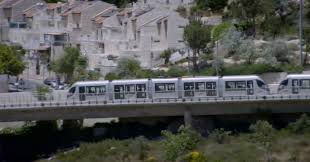 
Back briefly to that documentary, The Train that Divides Jerusalem, and a piece by Jerry Lewis in the Jerusalem Post about the controversy it caused headlined BBC under fire for documentary on Jerusalem Light Rail.

It gives an interesting insight into the BBC complaints process:

The program, which had its first broadcast last Monday evening, pulled in an estimated 1.7 million viewers, which a BBC representative told The Jerusalem Post is an average audience for such broadcasts.

What was also disclosed later the following day was that the BBC had received 24 complaints.

Fair enough? Well, after such a controversial examination of the conflict over Jerusalem, it would be inevitable that many more complained.

However, the BBC has a strict policy in dealing with such complaints, triggered in part by the constant (and in this journalist’s view, often unjustified) barrage of criticisms aimed at the BBC virtually every time Israel is in the news, by so called pro-Israel lobbyists, who urge followers to flood the BBC with complaints.

This has led the BBC to decline to give out complaints figures “when there has been evidence of lobbying or where media coverage has influenced the number” and it is known from internal leaks within the corporation that far less concern is taken after such organized campaigns.

Did you know that?

So, if a 'BBC bias' story appears in a newspaper and lots of people independently complain to the BBC on the back of it, the BBC might very well refuse to give out accurate complaints figures.

And, similarly, if lots of social media outlets (including blogs like this) are judged to be part of some 'lobbying' process encouraging people like you to complain to the BBC - even if we bloggers are also acting entirely off our own bats (as we are) - then the BBC might again very well refuse to give out accurate complaints figures (as appears to be the case here)....

I suspect that means that anyone (outside the BBC) wanting to know how many people complained about any high-profile, biased piece of BBC reporting regarding Israel will never be able to find out.
Posted by Craig at 15:11