In the original spirit of this blog, I'd just like to recommend this week's BBC Inside Science as a fine piece of BBC broadcasting.

It reported on the initial findings of News Horizons's fly-past of Pluto and its moons, and presenter Adam Rutherford was clearly excited - and rightly so, I think.

Yes, BBC Inside Science bangs on about climate change far too much (always from the same perspective) and, yes, the programme can be very PC (and recently fell hook, line and sinker for the Sir Tim Hunt 'scandal', with a finger-wagging special) and, yes, the programme's recent links to the Open University mean that its main presenter must be presented in a way that makes him as if he's down with da young folk... 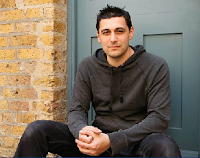 ...but, still, it can be fascinating at times - and, when he's not finger-wagging, Adam can be a likeable presenter.

It's the science that counts though and this week's edition had plenty of it, including a fascination insight into the process whereby Pluto found itself regulated from the top flight of planets into the Championship.

And did you know that the (now) dwarf planet's name came courtesy of an eleven-year-old English girl named Venetia Burney. (We even heard her speak in an archive clip).

Pluto and its moons are turning out to be so interesting that the BBC seriously ought to think about sending a reporter there to cover it. The licence fee would surely stretch to that (despite what Roger Bolton says). I think Jon Donnison would be ideal for the job.
Posted by Craig at 13:00