When someone mentioned one of Gerald Kaufman’s unhinged remarks the other day I failed to realise that he had made them during a parliamentary debate on Gaza, which took place on 8th July in Westminster Hall. 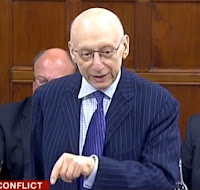 It was aired again on the parliament channel this morning, where I happened to see it.

The most striking thing by far was the poverty of oratorical competence. It was staggeringly bad.

You can see it on the iPlayer.

The Gaza debate was brought to us by Holly Lynch, Lab. It was supposed to be about the UN report into the 2014 Gaza conflict, but it strayed into other areas - ‘settlements’ and occupations for example.

This was Holly Lynch’s first parliamentary performance. She did very well. She came across like a sixth former who’d been revising hard in the BBC’s educational library of Middle East history and politics.
You’ll really have to watch the whole thing to get the full picture of the level of this debate.

Firstly, look at the people who Holly Lynch went to for advice, or as she put it “help shape some of the arguments I am about to make":

“I also thank a number of campaign groups, non-governmental organisations and think-tanks that have met me this week to help shape some of the arguments I am about to make: Labour Friends of Palestine; Palestine Briefing; Yesh Din; Medical Aid for Palestinians; the Euro-Mediterranean Human Rights Network; Forward Thinking; Pierre Krähenbühl, the commissioner-general of the United Nations Relief and Works Agency; and Ray Dolphin from the UN Office for the Co-ordination of Humanitarian Affairs.”

A finer group of pro-Palestine propagandists one couldn’t hope to consult.

Ms Lynch told us that Gaza was a densely populated open prison “and they have nowhere to go”.

“Palestinian refugees are facing their most severe situation since 1948. They have had 50 years of occupation, nine years of a blockade in Gaza and now five years of conflict in Syria. When you look at all of that, how much more can they absorb?”

I don’t know if Holly Lynch even knows what happened “50 years ago” or what led to the occupation, or even the blockade.

“Although the report finds that both the Israel defence forces and armed Palestinian groups failed to distinguish adequately between civilians and combatants during last year’s conflict, the scale of the arsenal available to the IDF makes their failure particularly devastating.”

Does she know which particular group did seriously fail to distinguish between civilians and combatants? Hamas and the UN made demonstrably inflated claims of civilian casualties. Evidence clearly shows that many of the ‘civilians’ in the figures supplied were Hamas fighters. The definition of ‘children’ was not clarified. Were teenagers classified as children?  If the international community refuses to acknowledge that Hamas uses a deliberate strategy of sacrificing their own children to cause the IDF a ‘damned if they do, damned if they don’t’ dilemma, (which Hamas leaders openly boast about) then there can never be a fair debate.

Attacking Israel:
In general, most of the arguments (predominantly anti-Israel)  hinged on the numbers of dead. It seemed that the main argument was that because so many Gazans died and too few Israelis, “we” should prevent Israel from acquiring arms.

As the emphasis was on the unfairness of what they saw as “disproportionality’ it was ironic that the debate itself suffered badly from a similar injustice. The debate was attended by interested parties, namely the same old, same old group of Labour and Muslim MPs, and the same old, considerably fewer, serial supporters of Israel.

Many of the facts, reiterated again and again, were dubious or partial. The figures quoted were straight out of the UN by way of Hamas. Even the three or four speakers that tried to put the case for Israel seemed resigned to being outnumbered. They appeared inadequately briefed, and not very on the ball.

The most worrying aspect of the whole affair was the poor standard of discussion. I will single out, (apart from Gerald Kaufman, whose tirade of hatred for Israel, frankly, made him appear technically certifiable) one or two excruciatingly poor speakers.  Notably, the new MP for Bradford Naseem (Naz) Shah, who had recently squandered her entire maiden speech by taking highly personal pot shots at her predecessor in retribution for his nasty, equally personal campaigning strategy; all quite unnecessary, simply because she was standing there instead of him.
Ms Shah gave a terrible speech, but even that was not as bad as Imran Hussain (Or was that Khaled Mahmood, the name that came up on the video - a racist error?) whose cliche-ridden content vied with his cartoon-like delivery in the nil points league. (The name has been corrected in the transcript)
Others who stumbled and stuttered through litanies of Israel-bashing rhetoric were Grahame Morris, Debbie Abrahams, Stephen Kinnock, Andrew Slaughter and Richard Burden. 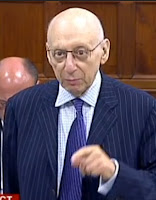 God help us that these people have political power.

Defending Israel were:
Bob Blackman, who probably made the best of the time allotted.
Matthew Offord pointed out that the UN was made up of ‘critics of Israel’
Louise Ellman mentioned Col Richard Kemp, but no-one takes much notice of his testimony since he’s become known for speaking up for Israel; she did mention the terror tunnels.
Jim Shannon DUP spoke up for Israel. He spoke so fast, and with such a strong NI accent I found it hard to understand his speech without looking at the transcript.

Deemed the most impressive speaker by many, was Philippa Whitford, SNP, Scotland’s answer to Dr. Mads Gilbert.  She was given extra time to deliver her first-hand experiences of working in Gaza.
“Hamas is said to have seized power” she stated. “but Hamas was elected! ”

“What do we expect? People in Gaza are trapped in a large open-air prison. We talk about the warnings that people got from the IDF, either from leaflets or roof knocks. I am still in touch with people in Gaza through the wonders of Facebook. The gaps to get out were far too short, and people fed back to me that they had no idea where to go because schools and vulnerable buildings had been bombed. They stayed put because they thought that going out on the street was probably dangerous.The place is intensely populated. Almost half of it was being saturation-bombed. Where were they meant to get to following a five-minute warning? They had nowhere to go. If we look at the maps in the report, Shejaiya, which is at the east end of Gaza city, where I lived, was almost carpet-bombed. There is no way that those people could have got anywhere”“People in Israel want normalised lives, but they’ll never get that while they’re living next to the largest open prison....”

She may have expressed her feelings more eloquently than most, but she had come to the most illogical conclusions. One might have expected better from someone of her professional status.

The Transcript doesn’t do justice to the sheer incoherence of the speakers. It’s been cleaned up, so you have to look at the video to get the full effect.