Peter Oborne has been trailing his programme HSBC Muslims and Me  Radio 4, tonight  20:00

In the summer of 2014 HSBC dispatched a batch of identical letters to several prominent Muslims telling them that their accounts would be closed. The bank said that it no longer had the "risk appetite" to handle their money. But it failed to explain why or to offer a right of appeal. So what happened?
Pursuing this story led journalist Peter Oborne to resign his job as Chief Political commentator of the Daily Telegraph: the paper had refused to publish an article he had written which was critical of HSBC's decision.Footloose and temporarily freelance, Oborne embarked on an intriguing journey to discover the cause of the bank's decision. Were the Muslims targeted by mistake or were they targeted because they are Muslims? Was Peter naive to think the accounts would be closed without good reason? And, given the fact that many of those cut off by the bank had links to the Muslim Brotherhood, could the HSBC's actions have anything to do with David Cameron's announcement of a government review of this Islamist network?Oborne is shocked when he finds out the truth. 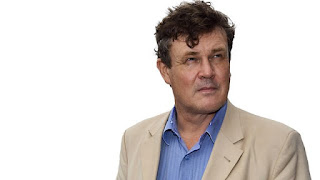 Although the programme hasn’t been aired at the time of writing, you can get a pretty good idea of the contents by looking at the accompanying article in the BBC’s online Magazine here.
Why did HSBC shut down bank accounts?
One reason is because the owners of certain bank accounts have, or once had, links to terrorism. 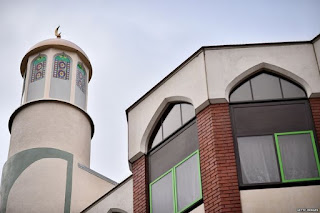 Spokespersons from Finsbury Park mosque claim the mosque has since been cleansed. Peter Oborne is willing to take that at face value, and the rest of us are expected to do so too.
Oborne appears to be very indignant at what he sees as HSBC’s inexplicable and mysterious decision to close these accounts. He further justifies his indignation by using the ‘disenfranchisement’ argument, which goes ‘ostracising Muslims is tantamount to pushing them into the arms of IS’.

Kozbar and al-Tikriti argue that radicalisation is not taking place in London mosques, but on the internet, and by closing mosques, you only reduce further their role in countering extremism. Al-Tikriti says that he has a tough time persuading his own teenage kids to attend mosque, and when he does go, he finds himself among an older crowd.
"People don't realise that most of the youngsters that go to Syria and Iraq are not mosque goers. I go to the mosque and I see pleasant people of 65 to 70. It is dead," he said.

As I haven’t heard the programme, I’m only able to look at the contents of the online article, but it’s worth mentioning that  even Egypt has banned the Muslim Brotherhood, and various others aren’t too keen on it either, although Oborne would no doubt disagree.

“The Brotherhood’s goal is to turn the world into an Islamist empire. The Muslim Brotherhood, founded in Egypt in 1928, is a revolutionary fundamentalist movement to restore the caliphate and strict shariah (Islamist) law in Muslim lands and, ultimately, the world. Today, it has chapters in 80 countries.
“It is in the nature of Islam to dominate, not to be dominated, to impose its law on all nations and to extend its power to the entire planet.” —Muslim Brotherhood founder Hassan al-Banna[2]”

Here we have Oborne’s insinuation that there’s something fishy and sinister - something mysteriously linked to David Cameron’s plans to root out Islamic extremism -  about HSBC’s  Islamophobic BDS  manoeuvre.

Let’s just compare that with his other obsession, which is that there’s something fishy and sinister about the Jewish Lobby.

That channel four documentary was borderline ‘antisemitic conspiracy theory,’ which is something David Cameron specifically condemned in his recent speech. It certainly drew out the haters in full force.
In this article on the open democracy website Oborne goes to a great deal of trouble detailing the minutiae of the inner workings of the Jewish lobby and naming people and politicians of influence who are part of this terrible, traitorous, Zionist, abomination, all the while carefully reminding us how fair and impartial he is. After all that, towards the end, as though he suddenly realised he might be beginning to look quite  ridiculous, he says:

“The pro-Israel lobby does nothing wrong, or illegal. It is not sinister and it is not unusual. It cannot be too much stressed that British public life is populated by all kinds of interest groups, many of them extremely active at Westminster.”

There’s a pretty obvious reposte, just waiting and begging to be reposted. One below-the line-commenter articulated it straight away:

“Will Peter Oborne write a similar article on the Arab/Muslim lobby and the lie that is a Palestinian state (it has never existed and Egypt/Jordan made no attempt to set one up during their 19 year occupation of Gaza/West Bank)?
I would not hold my breath”

It’s a jolly good job he didn’t attempt that because it was written 6 years ago.

Think on. Tune in tonight. Find out the truth and prove me wrong.


Update. I sat through this tedious programme. There were no surprises.

Peter Oborne is shocked, shocked,  that  Finsbury Park mosque, the Cordoba Foundation and the Muslim Brotherhood had been ostracised by the HSBC on the say-so of World-Check which had designated them all as ‘terrorists’, allegedly on the advice of the UAE.

What does surprise me is that the BBC and the Guardian allocate high-visibility platforms to conspiracy theorists, when David Cameron specifically criticised such a thing.

Oborne always makes a big deal of appearing balanced, but it’s a charade - it reminds me those subtitled detective / political dramas on BBC4, which always have a nasty immigrant as the major suspect; the one guilty of bringing about death, disease and destruction - but of course they always turn out to be innocent, and it’s ‘our’ fault for having nasty racist suspicions.
Posted by sue at 15:52