John Humphrys: "Now if that is not the definition of a terrorist, I’m damned if I know what is" 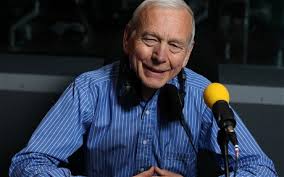 One of the great things about the blogosphere is the spirit of sharing it so often engenders...

...(and thinking about that spirit makes me want to put some flowers in my hair and listen to Neil Young and Creedence Clearwater Revival)...

..so - in that spirit - I'm going to share something that True Too posted today at Biased BBC: namely a video featuring John Humphrys [at a highly entertaining Intelligence Square debate about the importance (or otherwise) of English grammar], and his [True Too's] excellent transcriptions - which are [and I've checked!] accurate:

First, here's JH of the BBC saying something that he deserves considerable credit for saying - given that it's something 'people like us' have also been saying for ages:

I’d like to say the BBC….communicates always unambiguously, always clearly. I’ll give you a few little examples….Rather more seriously, there was an appalling, atrocious assault by a gang of men on a shopping centre in Kenya in Nairobi….We went to great lengths to describe these men as gunmen, extreme Islamists, whatever…We didn’t use the word ‘terrorists’ for a number of days. Now what those men did, was they murdered children in front of their mothers, mothers in front of their children. They murdered people for the express purpose of creating terror. Now if that is not the definition of a terrorist, I’m damned if I know what is.

My point is, if we shy away from words we feel might cause a bit of offence….if we try to find euphemisms then it’s a dangerous road to go down. We’re not exactly where Orwell was but we’re taking those tiny little baby steps towards that unhealthy state of affairs.

Well, quite! And spot on, John.

Unfortunately, as True Too adds, an audience member later intrudes on JH's welcome honesty by going 'too far' for the BBC man, and asking:

I’d like to ask John Humphrys if he could share with us his understanding of the word ‘impartial.’ And if it happens to be the same as the one we all read in the dictionary, could he explain to us how the left-leaning language that is increasingly coming out of the BBC is consistent with its charter obligation to be impartial – in other words is the BBC or the language going to the dogs.

Unfortunately, this makes John Humphrys harrumph somewhat and he abandons his refreshing candour for something that might have come from the mouth of some bog-standard BBC editor on Newswatch:

I think the member of the audience knows precisely what impartiality is…this notion that is festering away in his mind is that the BBC is partial.

First of all the BBC is not monolithic therefore it is not impartial. There are those who work for it who take one view and there are those...who take another view.

And all I can tell you, sir, is that I’ve been doing this job on the Today programme for 27 years…and I have been accused by all of them of being unfair to all of them. And I hope that continues because…I know, it’s a rather crude and clumsy way of measuring impartiality isn’t it, but..."

...and then he goes on to complain about a Conservative [Jonathan Aitken, before going to jail] accusing him of "poisoning the well of democratic debate" and a Labour figure [unnamed] saying that the BBC had "a John Humphrys problem"...

...i.e. our old favourite, the "if we're getting complaints from both sides, we must be getting it about right" fallacy.

Anyhow, at the risk of slowing the blog by posting a lengthy YouTube video, here's the debate.

Please enjoy at your leisure (if you wish).