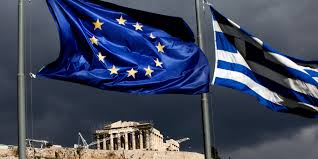 It's a curious thing, but I really don't think that bloggers or commenters who post about BBC bias have ever quite got to grips with the seemingly endless Greek debt crisis.

I've rarely seen posts at any of my favourite haunts laying out an in any way convincing case against the BBC's coverage, vis a vis bias.

That's not to say that there haven't been lots of comments berating the BBC for bias over the issue but they rarely seem very specific (except over Robert Peston, who's widely assumed to be pro-EU rather than pro-Syriza)...

...and I'm simply not seeing the usual phalanx of united criticism for the BBC that tends to accompany any highly controversial issue.

Indeed, I've actually been seeing quite the reverse: 'People like us' seem to be split between those who think the BBC is biased in favour of those hunky Greek leftists of Syriza (the BBC's radical chic in action) while others - perhaps the majority - think the BBC's pro-EU instincts have come out on top.

I haven't posted any very clear posts myself on the subject, because I just can't tell if the BBC is (a) biased in either direction, (b) as confused as 'we' are or (c) simply reporting the matter in a duly impartial manner (as, of course, could well be the case).

Or perhaps (d) as confused as 'we' are and actually biased in both directions at the same time......i.e. wavering between hot, lefty Syriza and the great and glorious project that is the European Union, like one of those optical illusions which irresistibly flips the brain between, say, seeing a rabbit and a duck. 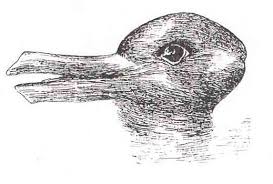 I was thinking of that possibility again today only because of former BBC Europe editor Mark Mardell's The World This Weekend this lunchtime - a Greek Crisis special.

Having mocked Mark Mardell earlier this week for his homoerotic 'Pecs Appeal' blogpost about Yanis Varoufakis, here was MM presenting a programme which repeatedly slated Syriza for its climbdown, with no come back whatsoever from Syriza.

From MM's commentary to that of the other BBC reporters and the various Greek 'vox pops' in Mark Lowen's report and all the Europhile 'talking heads,' far-left Syriza was thoroughly and utterly berated by them all.

There were two sizeable interviews throughout the programme (both with arch-pro-EU figures - Guy Verhofstadt and Sir Stephen Wall) and various shorter ones.

They covered a range of views from the ultra-pro-EU (Belgium's Guy Verhofstadt) to the ever-so-slightly sceptical (a generally pro-EU Polish minister) via famous U.S. investor Jim Rogers, who wants Greece dumped from the Eurozone before he'll invest in the Eurozone.

No strongly sceptical or out-and-out anti-EU, withdrawalist voices were heard from all - which is quite remarkable in the circumstances.

All we got was Mark Mardell saying, in passing, "The Eurosceptics believe..."

And, making me very uneasy (given earlier posts here at ITBB), it was also remarkable that the closing interview - the 'round-up' interview - was with Sir Stephen Wall, merely introduced (by MM) as a former UK ambassador to the EU and a former advisor to Tony Blair.

Sir Stephen is much more than that. He's also one of the EU's most vigorous Europhiles (part of the pro-EU Business for Europe). He told MM today that it was wise not to have joined the EU for now for we should keep our options open. (Guy Verhofstadt "raised some very valid points", he said).

So I'm chalking this one up as an example of pro-EU BBC bias. Please listen for yourselves though and see if you agree.


P.S. (h/t Guest Who at Biased BBC). Dan Hannan is on the case, and Mark Mardell - after initially biting - seems to have gone quiet after Dan's second question: 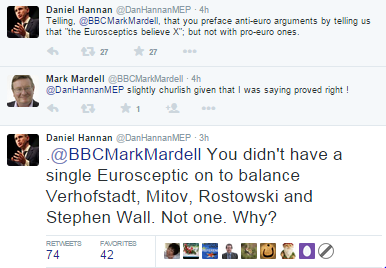 At the risk of seeming slightly churlish myself, might the reason why MM has (three hours on) failed to answer Dan Hannan's follow-up question be that MM realises there's no good answer to it (that doesn't admit guilt or dodge the issue)?
Posted by Craig at 17:40