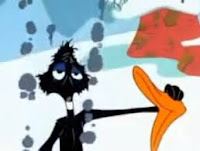 According to the Guadrian, Labour's shadow culture secretary Chris Bryant has called for the head of the Head of the BBC Trust, Rona Fairhead.

“The BBC Trust, and in particular the chairperson, needs to be robust and able to tell the government home truths. The BBC are the embodiment of the independence of the BBC … And I am mystified that nobody has chosen to resign.”

Oh dear, another politician bossing the 'independent' BBC around!

Please excuse me while I go and stock up on the popcorn...
Posted by Craig at 19:13