I have to say that I listened to the opening section of this week's Feedback with growing astonishment.

Why? Well, because Radio 4's Newswatch equivalent, instead of acting as a fair mirror of listeners' complaints and compliments, went off instead on an extended editorial...

...and to say that presenter Roger Bolton gave a biased account of the deal between the government and the BBC over the licence fee would be something of an understatement. Where Roger stood on the subject was not exactly left to the listeners' imagination here, to put it mildly. It was crystal clear. He's not happy about it.

A fair account of what happened this week would have begun by doing what Steve Hewlett did on The Media Show and calmly listing the pluses and minuses (for the BBC) of the deal - the cost of all those free licence fees for over-75s versus all the compensatory measures (the inflation-linked rise in the licence fee, the £150 million recouped from freeing the BBC from its broadband roll-out obligations, (c) the change in the law to compel catch-up users on the i-Player to pay the licence fee too, and the putting-off of any decision to decriminalise non-payment of the licence fee (which the BBC reckons might have cost it £200 million a year).

That is not what happened here. In both his introduction and then in the opening section, Roger Bolton focused on the cost to the BBC of paying for free licence fees for over-75s and how much that would cost the poor BBC. It was all about the "threat" to the BBC. Pure doom-mongering.

("And from the threat to the BBC as a whole to what may  be a threat to Radio 1...", he said at one point - somewhat less than 'impartially').

I kept waiting for all the other stuff - the compensatory stuff that Lord Hall reckons will (at the very least) cancel out that over-75's cost and might even earn the BBC a bob or two - until I began to fear that Roger Bolton wasn't going to mention them at all.

Thankfully, finally, some six or so minutes in, he did mention them - though in a bizarrely sceptical way  - "The Director General insists it's a good deal for the BBC. He argues that George Osborne has agreed to allow..." - as if the compensatory measures he then listed weren't to be taken on trust.

And, damningly (I think), he didn't mention the putting-off of the decriminalisation proposal at all - which, frankly, isn't anywhere near good enough, is it?

What happened while I was waiting for Roger Bolton to balance his focus on the cost of the over-75s decision - and all his doom-mongering about how bad that might be for the BBC - was a quite relentless, high-horse plugging of one single message: that the deal was shabby in that in excluded the public, and the public's representative, the Head of the BBC Trust...

...for be in no doubt about it, Rona Fairhead is our voice. Oh yes. Be in no doubt about that, cos Roger Bolton says so. The BBC Trust speaks for us. (So WTF does it reject out of hand almost every single complaint put to it by us?)

Yes, I thought, I would have liked to have been consulted....

Roger Bolton also loaded his editorial with audio clips from people who projected the same message. (Yes, it was that relentless).

And when we finally got to hear from some listeners, we heard from just three:
Now, obviously, that's what those listeners said and wanted to say. Maybe they were the only three people who said something this week to Feedback on the subject. And maybe they represent what the average Radio 4 listener feels on this issue.

Maybe people truly like us - namely us - won't write to, email or phone Feedback and give our view. Which is our loss.

So maybe I will write to Feedback and express my feelings that the programme itself should try to be fair over this issue - which it patently wasn't here.

And maybe you could write to Feedback and tell them what you think should happen to the BBC.

Let's see if any of our letters, emails or phone calls get broadcast. 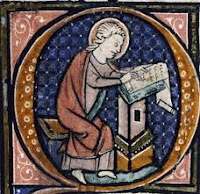 Anyhow, here, for those of you who want to study this example of BBC bias in detail, is a transcription of this part of this week's Feedback [all emphases on the presenter's part are placed in italics]:

Hello. "The worst form of dodgy Whitehall accounting", said a former BBC chairman, but the present DG, Tony Hall, thinks it's a fair deal. The government, of course, also thinks it's a good deal. So what do you think of the new BBC TV licence settlement?

Well, does it matter? It's a done deal! The corporation is to be responsible for giving free TV licences to over 75 year olds at a cost of £650 million a year - a figure that will grow with the ageing population. There was no public consultation and even the Chair of the BBC Trust, Rona Fairhead, who is supposed to represent your interests, was left on the sidelines.

Well, we care what you think and we'll try to ensure there is a debate - at least on this programme.

[Vox pop]: "He should not do doing this at all, and I think he's made a serious mistake and he should break this agreement resigns."

And from the threat to the BBC as a whole to what may  be a threat to Radio 1.

We begin with the future. Of the BBC.

This week, in a last minute pre-Budget deal, the Director General Tony Hall agreed to an effective cut of at least £650 million a year of the licence fee income in order to fund free licences for the over-75s. That money, which amounts to around a fifth of the BBC's income from the licence fee, will no longer be available for programmes.

What the parliamentary media select committee said was supposed to happen in the licence fee negotiations was a widespread public debate about the future of the BBC and public service broadcasting in which you, the licence fee payer, would be consulted and could have your say.

It didn't work out like that! The audience was not consulted. Instead the amount the BBC is to be given was decided, as has been reported, between the Chancellor George Osborne, the Secretary of State John Whittingdale and the BBC Director General Tony Hall. In private. With your representative, the Chairman of the BBC Trust effectively locked out.

In response the chairman, Rona Fairhead, wrote an open letter to both the Chancellor and the Culture Secretary saying, "The Trust has a specific duty to represent the interests of licence fee payers. We are disappointed that they have not been given any say in the major decisions about the BBC's future funding."

Well, of course, we asked Rona Fairhead to discuss her role as your representative in light of this week's news. She was unavailable. However, former vice chairman of the BBC Trust Diane Coyle was scathing about the way the deal played out when she appeared on Radio 4's The Media Show on Wednesday:

"I'm really horrified about the process. We had a licence fee settlement in 2010 that was equally a backroom deal with no public consultation. I think this one is likely to lead to real-term cuts in BBC spending of a scale that will mean service closures. And that's something that really ought to involve public consultation and debate."

In the House of Lords, former director general John Birt said it was a deeply shocking deal:

"Again it happened with no public discussion of any kind and this government and the last government has effectively set a very dangerous precedent."

The Director General insists it's a good deal for the BBC. He argues that George Osborne has agreed to allow the £145 licence fee to increase with inflation. The BBC will no longer have to pay out £150 million to aid the implementation of super-fast broadband and people who only watch catch-up television through BBC iPlayer will in future have to pay the licence fee as well. Tony Hall suggests there may be more money available for output - at least in the short-term.

At Feedback, we want you to be involved in the big BBC debate over the coming months in the lead-up to Charter renewal. And so, each time there's a story about BBC policy that you want to talk about we will air your views in this 'Future BBC' section of the programme.