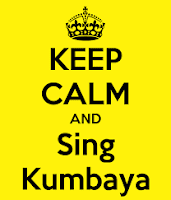 Well, our Google Blogger stats show that (despite a lack of comments) "A Special Edition Broadcast Live from East London Mosque" has proved to be our super soaraway smash hit post of the day (thanks, perhaps, to a kindly tweet from a prominent anti-BBC tweeter)...

Thank you for reading it (and please don't be so shy about commenting).

I'm especially pleased about that as it's the only post of mine today that (I think) really nails the BBC on the issue of bias - and does so on an issue that truly matters. (As does Sue's one-and-only post today).

I have to say that I thought that edition of Sunday was about as clear an example of BBC bias in action as I've heard in some time - hence the post's length and detail.

And it's not harmless bias either. Such whitewashing, such blatant propaganda, can be seriously counter-productive (however 'nice' and 'well-meaning' it may appear). Sweeping things under the carpet may feel like the right, PC, BBC thing to do, especially if it helps British Muslims feel that the BBC is on their side, but....

...those things swept under that carpet might be deeply, deeply unhealthy and deadly dangerous things.

And we all know where that kind of censorship (and self-censorship) leads (see Rotherham, Rochdale, Oldham, Oxford, etc, etc, etc).

It really is silly to, metaphorically-speaking, sing Kumbaya to the tune of the Muslim call to prayer, as Sunday was doing today.

Yes, everyone in Citizens UK and at the BBC must have felt great afterwards, but so what? So what if Citizens UK, the BBC and the Woolf Institute felt pleased with themselves about having flooded Radio 4's airwaves for 45 minutes with interfaith love and harmony whilst unison-chanting hymns and psalms in praise of the East London Mosque?

This sort of thing is why I wanted to blog about BBC bias in the first place - to record the evidence.

If you agree with the arguments here, please feel free to complain to the BBC about it. They might ignore you if they realise we've sent you their way (see an earlier post), but if you pay the licence fee you are perfectly entitled to complain to the BBC if you think they are behaving badly.
Posted by Craig at 19:36