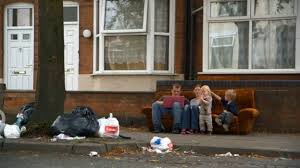 Whatever you may think about the various biases of Jon Snow & Co. at Channel 4 News (or about Fraser Nelson for that matter), Fraser Nelson of The Spectator is surely right to say that Channel 4 is far better than the BBC when it comes to broadcasting important and controversial documentaries:

Its documentaries are distinguished by picking controversial topics that the BBC shies away from: Ch4 lives up to its remit of challenging, rather than reinforcing, consensus.

The focus of his piece is Benefits Street, but he also refers to The Great Global Warming Swindle. Neither, he says, are programmes the BBC would have dared touch with a ten-foot bargepole. Channel 4, in contrast, is much braver:

For example, a few years ago, Ch4 commissioned a documentary entitled The Great Global Warming Swindle. It did so knowing it would spend months facing an onslaught from the green lobby groups whose remit is to close down debate by going after the enemies. They use this tactic because it works with the easily-cowed BBC: CoffeeHousers may remember that they forced the Beeb to apologise for allowing Nigel Lawson on the Today programme to discuss climate change. This very apology has a chilling effect: researchers know not to ask people like Lawson on again, or risk getting their boss into trouble.

He then cites another example that's highly relevant to Benefits Street:

A few years ago, the BBC asked John Humphrys to present a superb and prescient BBC1 documentary on the future of the welfare state, flagging up the fact that public were turning against it. The left went bananas, and then attacked the BBC with various spurious complaints about impartiality, balance etc. It worked. Appallingly, Humphrys was then summoned to a BBC star chamber and asked to explain himself; the BBC Trust found him guilty. The BBC is a massive bureaucracy, so hugely sensitive to criticism from lobby groups – and buckles, if the onslaught is great enough. Again, this sends a message in the BBC: let’s avoid topics likely to generate such complaints. I know of BBC presenters who have completed a documentary, only to find controversial lines torn from the film by a fearful politburo.

This is an interesting point, and it's one he then develops:

BBC bias doesn’t really come in the form of reporting. It comes in the form of the BBC running away from certain arguments, because its bureaucracy thinks them vulgar and peripheral (Euroscepticsm, concern about immigration etc) and because it lives in fear of the inevitable complaints. Ch4 has no such fear. It’s smaller, so the bureaucratic pressure is weaker.

Now, I have to say that I disagree when he says that "BBC bias doesn't really come in the form of reporting", as it quite often does precisely that (as we've been saying here and elsewhere for years).

Also, I don't think that fear of the fear of tackling the "vulgar and peripheral" (Euroscepticsm, concern about immigration etc) is confined just to the upper echelons of the BBC. I think it's pretty pervasive.

But, yes, the BBC hates being complained to (and complained about). It hates upsetting certain lobby groups, interests and communities. So there may be some truth to Fraser's fearful bureaucracy point.

He then goes on to make a point that - having seen quite a bit of the BBC's coverage of Benefits Street certainly rings true:

Dorothy Byrne, [Channel 4's] current affairs chief, commissions her documentaries by asking: “where’s the fight? And how can we join it?” She likes to walk into the fire, and Ch4 so with Benefits St. The pro-welfare camp went ballistic, the row escalated to a degree never before witnesses. The BBC ran discussions asking how Benefits St was ever allowed on air. All it did was let the camera roll –

"The BBC ran discussions asking how Benefits St was ever allowed on air"? Yes, they certainly did - from Newsnight to The One Show. And by doing so they weren't just showing a reluctance to tackle the subject on their own part, they were showing a downright disdain for another broadcaster for daring to do so. That's more than just self-protecting fear. That's bias.

Incidentally, just about the most common recurring feature of BBC Twitter feeds - even from BBC reporters who usually steer clear of saying controversial things - is the almost unstoppable urge that BBC tweeters have for tweeting or retweeting digs at their rivals - usually the Daily Mail or the Telegraph or Sky News or ITV. They just don't seem able to resist doing so.

Anyhow, back to Fraser Nelson, who then draws his points together:

And neither, I might add, would Undercover Mosque (and its follow-ups).

One of the most popular comments (posted early) puts a counter-point though:

They weren't so brave with Tom Holland's documentary "Islam: The Untold Story" in 2012, pulling a screening for historians after threats were made.

...which is certainly true. Under the face of numerous threats of violence, including death threats, they did indeed withdraw it.

However, that they were willing to broadcast it in the first place says something about Channel 4. The BBC would never have commissioned it, never mind broadcast it. They only ever seem to broadcast such programmes if they relate to the 'safer' religions - like Dr Francesca Stavrakopoulou's Bible's Buried Secrets (which seemed to go out of its way to annoy Jewish - especially Israeli - believers). No landmark series seeking to debunk Islamic history is ever likely to emerge from the bowels of Broadcasting House.

Next week, Ch4 will play another blinder – Dispatches will release a film about Isis that James Delingpole thinks stands on a par with John Pilger’s expose about Cambodia’s killing fields. In his words, it’s “television at its most unmissable.”. And served up by by Ch4, a hugely successful public service that widens the parameters of debate and costs the taxpayer nothing.

And indeed it doesn't. The funding status of Channel 4 remains confusing to some people though. Simply put, it's a publicly owned, not-for-profit broadcaster funded solely from commercial revenues but with public service broadcasting obligations.
Posted by Craig at 15:33