On the surface many viewers will have concluded that Lyse Doucet’s film “Children of the Gaza War” was even handed. Superficially she went some way towards ticking some of those 'for balance' boxes. The footage of Israeli children looking worried will have been enough to convince determinedly anti-Israel viewers that the film was ‘pro-Israel’. But of course, the people she’s  actually treating as the ‘children of the Gaza war’ are us. We are being led like lambs, and what good will that do?

Earlier yesterday evening I watched the tail end of Jon Snow’s latest Back to Gaza film on Channel Four News, and in comparison Lyse Doucet’s effort seemed almost fair. But I say that in the spirit of trying to relieve a toothache by hitting oneself on the head with a hammer.
Jon Snow’s piece was unadulterated rubble rousing. There was no attempt to be anything other than inflammatory, and I think it included a few seriously libellous misrepresentations as well.

Lyse’s message, on the other hand was much more subtle. She went through the motions of appearing balanced by juxtaposing traumatised 10 and 12 year olds from Gaza and from Sderot in Israel. 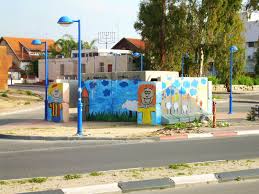 “She said she was determined to tell the story from the perspective of children.” it says in a press release. Therein lies a problem.
Steering clear of the politics, which are the driving force behind this never-ending war might have seemed like a noble idea conceived in good faith, but omitting to explain that Israel’s attacks were retaliatory and implemented only after many months of unprovoked aggression and increased tunnelling activity by Hamas was bound to give the impression that the conflict was an inexplicable tit for tat “I hate you and you hate me” affair.

Obviously the physical damage inflicted by the tat was much more visible than the fallout from the tit. The devastation in human loss of life and buildings in Gaza was vast and shocking; pitted next to a couple of holes in a roof and a pock-marked wall in a leafy suburb with neither context nor comment was a statement in itself, not an honest representation of the reality. No bigger picture. It played into the hands of the Israel-hating mob who will always rely on the ‘disproportionate‘ argument. This Lyse and her editors must have realised. The audience was tricked out of understanding that the entire conflict comes from the same religious hatred that motivates violence throughout the whole world.

The fact that the children she featured were quite different, and differently affected, would also have reinforced some of the stereotypically negative  misconceptions about Israelis. The Israeli children were comparatively cool, calm and collected. The wise little girl with the American accent and her resigned, philosophical attitude contrasted harshly with the unhappy, deeply traumatised Gazan boys and girls who had seen death, lost siblings and parents.
Taken at face value, the inequality of the apparent suffering by either side was Lyse’s statement. Her motherly pat on the shoulder of a distressed young Gazan boy was understandable. Anyone would have done the same; but was it a good thing to keep it on the film? Or a subtle example of passive aggressive emoting

Apart from a brief sequence showing a rush to a safe room in the Sderot house, there was little attempt to convey the constant fear of living with a14 second warning no matter what time of day or night, or the horrifying knowledge that gunmen might come up out of the ground to kill you.
The suburban surroundings, the swings and outdoor play furniture, the lawns were another way of emphasising the stark contrast between Israel and the concrete wreckage of Shuja'iyya in Gaza and the beach strewn with debris. Without context, which group was going to elicit the audience’s sympathy?

” We didn’t know the beach was dangerous” said the boy whose brother and cousins were killed. Anyone familiar with the story of the ‘boys on the beach‘ will know that there is controversy surrounding the incident.
Lyse kept uttering “Israel says’, which gives the Israeli side of the story and casts doubt upon it at the same time.
We were actually shown footage of Hamas fighters, whose absence from most of the contemporaneous on-the-spot war reportage was conspicuous. A military training camp for teenagers and children was also shown, and we were given a glimpse of the resilience of Hamas and the resistance, and the never-ending supply of hate-filled brainwashed young boys and men queueing up to be martyrs and desperate to avenge the death of their compatriots.

Another problem, mentioned  in the Jewish Chronicle was the manipulation in the translation.

“Israel is massacring us” says a boy, according to the subtitles, but what we heard the boy actually saying was “yahud”  -  ‘Jews,’ not Israel.
Lyse was persuaded that when the people of Gaza say “yahud” they really mean Israelis; the truth being disingenuously massaged to make the message more acceptable.


Which is exactly what this film did.
Posted by sue at 08:13