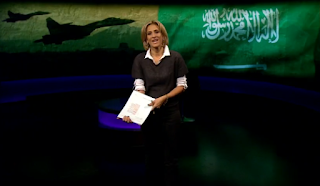 Friday night's edition of Newsnight began with what's becoming a regular focus of Newsnight's attention: Saudi Arabia, and Britain's arming of Saudi Arabia - a focus given added momentum by the recent row between Ian Katz (and his presenter James O'Brien) and pro-Saudi Tory MP Daniel Kawczynski over Newsnight's damning coverage of the Saudi's air strikes on the pro-Iranian Houthis in Yemen.

I kind of guessed Ian Katz wouldn't leave it there, so it wasn't exactly a shock to find Newsnight leading on allegations of Saudi war crimes again tonight, or to find Emily setting out her editor's stall from the start. "Saudi Arabia is Britain's largest arms export market". she said, but our relationship with them "leaves a bitter taste in the mouth for many" (much as was said last time).

"Should we now re-examine our whole relationship with the Saudi Kingdom?", was Emily's big question.

And whose report gave the answer? Yes, it was the BBC's everywhere correspondent Gabriel Gatehouse again. Gabriel did the original pair of reports that so incensed the Tory MP too.

Now, I'm all for bashing Saudi Arabia, and Gabriel's report (seemingly from London) certainly bashed its human rights record and the potential crucifixion of a dissident, but was this disinterested broadcasting on Newsnight's part?

A hostile interview followed with the Saudi ambassador to the UN, Ali Mohammed al-Nimr.

He started by attempting a Daniel Kawczynski and 'correcting' a couple of points made so far.

Emily initially let him have his say, despite registering a certain nervousness ("Understood, understood", she said, interrupting, as he made his 'strongest' point), but then began interrupting ever more insistently. 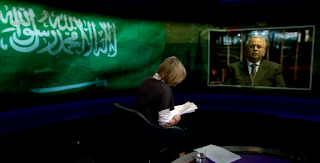 Saudi Arabia's dismal human rights record and its disgusting election to head the human rights council was the focus here, though she did essay quite a bit of digging too to try and find a damning British-Saudi link over that vote.

Things got ever more hostile as the interview went on. "The world is looking with outrage at you at the moment" she said dramatically, and then repeated even more dramatically. Case after case of Saudi human rights abuses were raised.

What to make of this?

Is Newsnight pushing an anti-Saudi agenda? Well, it certainly looks like it. (And I've not noticed a counter-balancing anti-Iranian agenda).

The next story began thusly (?):

A father whose children were taken into care after he was arrested after allegedly trying to take them to Syria insists he's being treated unfairly because of his faith. 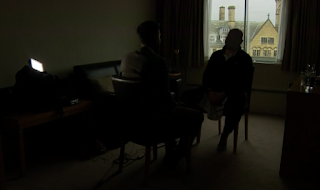 I groaned: "Another Muslim grievance-monger being given prominence by the BBC."

The father says he was merely taken them on a holiday, not going to join Islamic State.

Newsnight's starting questions: How should the family court respond? And when should they step it?

Secunder Kermani "talked to that father concerned". Yes, the father's view was the main focus of this report - the father arrested by, and aggrieved at, the British authorities.

The father said he doesn't understand the British authorities concerns, adding, "It's extremist ideology that David Cameron is dropping bombs on children", and other such bollocks.

Secunder said people watching would be suspicious that the father refused to explicitly condemn ISIS. The father said he loves his family dearly and wouldn't want to put them in harm's way.

A court official briefly defended the court's system, but Secunder's report ended like this:

...says he just wants his children back. He's likely to face protracted legal proceedings though. And the numbers of similar cases coming through family courts is likely to rise.

I felt like swearing by this stage (well, swearing again, given that I've already sworn once in this post.)

What next? Well, something to make me turn the air on this blog blue: an interview with an "expert in Sharia law" (and someone who "sees no problem" with Sharia law in the UK): Aina Khan, Head of the Islamic Department at Duncan Lewis Solicitors.

Aina says it's a bit of "a trigger-happy approach at the moment" from the authorities.

Finally came a rare interview (by Stephen Smith) with "the country's greatest living artist", 85 year old Frank Auerbach, subject of a major retrospective at Tate Britain - a Kindertransport refugee whose parents perished in Auschwitz. "A good Auerbach could cost you north of £2 million", said Stephen. I was feeling a bit too grumpy to entirely appreciate it.
Posted by Craig at 18:09