Panorama has often seemed well past its sell-by date in recent years.

Not so this week.

The VIP Paedophile Ring: What's the Truth?, broadcast last Tuesday, send major shock waves out in several directions - from the police to the Labour Party's deputy leader Tom Watson, and from Exaro News to their occasional partners at BBC Two's Newsnight.

The issues raised by the programme, as well as sundry questions about whether the programme should ever have been broadcast, reverberated widely - and the rest of the media have lapped it up.

I'm very firmly with Stephen Pollard on this (and, like me and Christopher Booker, he's, otherwise, a frequent critic of the BBC over issues of bias).

He writes in the Telegraph that the BBC "should be praised" for this edition of Panorama.

It’s not often I find myself jumping to the defence of the BBC. On this site, I have previously attacked both its liberal bias and the very basis on which it is built – the poll tax otherwise known as the licence fee.

And yet today, I come not to bury but to praise.

Last night’s Panorama, The VIP Paedophile Ring – What’s The Truth?, was not just a model of BBC journalism. It was a model of journalism itself – and surely one of the most important programmes the BBC has ever broadcast.

It took a topic on which many minds are made up, which is both sensitive and important, and used cool, calm analysis to inject perspective and facts.

I agree. It was measured and thought-provoking - and damning. 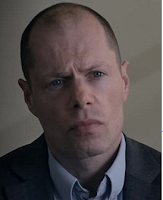 I'd also like to recommend an article at the Daily Mail that comes to the defence of the BBC reporter on that particular Panorama (the mere thought of which might be enough to drive many a BBC staffer insane!)

Though I'm always a bit cautious about what I read in the Daily Mail, this piece convincingly laid out the case against Newsnight's associates at Exaro News.

According to the Mail, Exaro attempted to "smear" Panorama reporter Daniel Foggo (above) by posting the (less than impressive) gotcha that Daniel had been brought up on the same street where deceased alleged Tory paedo Sir Peter Morrison lived.

Well, I lived a couple of houses away from where the Yorkshire Ripper used to stay at weekends yet I've never been remotely sympathetic towards either ripping or the Ripper himself.

I also lived on the same street as one of the leading campaigners against Noel Edmonds's Mr Blobby theme park in Morecambe. I didn't agree with her either, despite not being a fan of Mr B. [or Mr E.] myself, on the grounds that it was harmless, made children happy, and it was the kind of entrepreneurial enterprise that brought money, jobs and (notoriety) much-needed attention to beautiful, constantly sunny Morecambe.

So I'm not buying Exaro's smear of young Daniel (if the Mail is reporting what Exaro posted correctly).

That said, the strange thing about all of this is that - as I posted the other day - the BBC seems to have been engaging in something of a small-scale civil war itself about that Panorama broadcast...

...what with Wednesday night's Newsnight (a) sounding a rather dissenting note about the previous night's Panorama (given the Newsnight reporter fronting this piece's own role in reporting much the same kind of thing as Exaro) and (b) giving the Exaro boss a long 'right to reply' against Panorama. 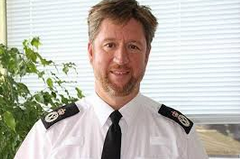 I also heard an interview on Today the day after that Panorama report with the chief constable of Norfolk slamming the BBC for broadcasting that edition of Panorama.

And then came this week's Newswatch (with Samira Ahmed) which reported the complaints of what sounded like quite a lot of BBC viewers (even if 'quite a lot' in these circumstances means a few dozens, or - at best - a few hundreds out of 64 million people).

All of them savaged the BBC for betraying the victims and prejudicing police investigations.

And with no one from the BBC being willing to be interviewed about it (including Panorama editor Ceri Thomas), Samira ended up interviewing the chief constable of Norfolk again, who (again) slammed the BBC for broadcasting that edition of Panorama.

The BBC can be like that at times - which complicates matters for the likes of us.
Posted by Craig at 20:39