BBC education reporter Hannah Richardson has a piece on the BBC website based on an alarming (or alarmist) survey from the National Union of Teachers:

The most immediately striking thing about the article though is its prominent use of an emotive, staged stock image: 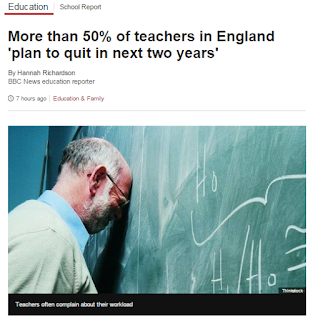 The use of such an image gives the piece a bit of a propagandist feel, don't you think?

Still, at least they didn't use one of the other versions of this image that's also doing the rounds on the internet: