I’ve been trawling through the interweb to find a video of Ghada Karmi’s bonkers appearance on Sky. I thought at least someone might have posted it on YouTube. No luck. The nearest I got was (via Yiftah Curiel’s Twitter) the identity of the charming JPost journalist  who preceded her. 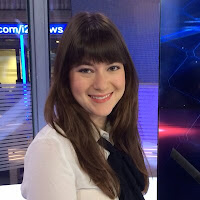 Her name is Lahav Harkov. The other thing I stumbled across was that after her interview she had a Twitter spat with Dateline London’s favourite Algerian journalist Nabila Ramdani who ended up having to delete one of her more overtly antisemitic Tweets.

Sorry, @NabilaRamdani. We still have proof that you're an anti-Semite. https://t.co/6SMZ2UK26l
— Lahav Harkov (@LahavHarkov) October 6, 2015

Not that it would have discredited her with the BBC.