It could be because I've barely slept for three weeks or that I've barely watched (or listened to) any BBC coverage of the news, but I've got a horrible feeling that I'm really losing the plot.

For starters: I really don't know what to make of the BBC's coverage of Jeremy Corbyn. (Do you?)

I've seen countless assertions on Twitter that the BBC has been heavily biased against Mr Corbyn (often accompanied by claims that the BBC is pro-Tory), but I've also seen the exact opposite assertion (on other blogs) that the BBC is actually flying the red flag for Jeremy Corbyn.

So is the BBC biased against Mr Corbyn, or in favour of Mr Corbyn? Or is it unbiased?

As so often in such cases, the BBC is so huge that one sleep-deprived blogger sitting in front of a laptop is never going to answer that question to anyone's satisfaction, but that's never stopped a blogger before, and it's not going to stop this one now!...

The one test I set myself to judge this question was to look at how the BBC's three 10 pm news programmes covered Jeremy Corbyn's speech at the Labour Party conferenzzzzzz..... 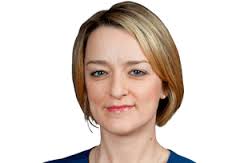 News at Ten (no longer available to watch again) featured a report from the BBC's political editor Laura Kuenssberg, a piece featuring 'vox pops' from Bedworth, North Warwickshire from Sian Lloyd, and a chat between the aforementioned Laura and Huw Edwards.

There were huge roars of applause from Labour's growing crowds. What they didn't know was that nostalgic message had been written long ago for former Labour leaders.

That was a reference, of course, to the much-reported fact that quite a lot of Mr Corbyn's speech was lifted from a piece by someone who had sent the same speech to previous Labour leaders (including Ed Miliband) and had always, previously, been rebuffed. So I wouldn't put that down as being pro-Corbyn.

Sian Lloyd's piece was a classic of BBC impartiality, as it's 'meant' to be. Five 'vox pops' were heard from. Two said things in favour of Jeremy Corbyn (that he's "proper Labour" and a "breath of fresh air", and that his plans to renationalise the railways are a good thing), two said things against Jeremy Corbyn (that JC "doesn't get" that people have got to pay for his plans, and that JC hasn't answered the question: Where's the money coming from?) and the fifth said something in favour and something against Jeremy Corbyn (that he's "personable", but how is he going to pay for it all?)

As so often with scrupulously 'balanced' vox pops, what exactly did they prove? How representative were they? What was the point of them?

Then came Laura to Huw, summing things up:

This was campaigner Corbyn. A political phenomenon, yes, but comfort zone Corbyn too. And there's not much concrete sign yet that this is a leader at this stage who's ready to find a way to talk to those millions of voters in the middle. And the political rules he's trying to disprove suggest it's still those votes that win general elections.

Now, I'm not classing that as 'pro-Corbyn'!

What then of Newsnight?

Here came a report from the progamme's political editor Allegra Stratton, followed by an interview with pro-Corbyn union leader Len McCluskey, and then a three-way discussion between three Labour sympathisers: Peter Kellner of YouGov, Jonathan Freedland of the Guardian and (pro-Corbyn) Ellie Mae O'Hagan of the Guardian.

The spread of guests between formerly-mainstream Labour and pro-Corbyn Labour was 'fair'. Presumably next week's speech by David Cameron will have a four-way Tory divide for balance...and two right-wing columnists from the Telegraph or Spectator. 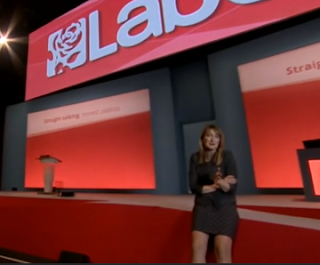 As for Allegra's reporting, here are her most personal bits:

But was this all authentic Corbyn? It emerged afterwards that sections had been written by a Labour supporter sent in four years earlier for Ed Miliband but rejected by the then Labour leader.

Jeremy Corbyn there, gloriously unplugged. I thought he would trim his message a little bit for the audience outside the hall, but not a bit of it. Instead he took the audience on a tour of all the issues he's care about over a lifetime. It wasn't, however, mainstream politics and it wasn't a platform for government.

Many thought the man himself would today move to broaden his appeal. In the end the 66 year old returned to a happy place.

Again, I'm not classing that as 'pro-Corbyn'!

As regards Tuesday night's exciting edition of The World Tonight...

Clips of Mr Corbyn speaking were followed by a series of reactions gathered by BBC reporter Paul Moss.

Paul sounded oddly sceptical, saying that the audience "certainly seemed happy, euphoric even", and that they "insisted they really were delighted by what their leader said". One such Labour activist then appeared, saying (in her own words) that he was "inspiring". Paul asked her if that was "the danger": that he says "what you want to hear but he doesn't necessarily say what's going to win you elections"...

...at which point I spotted something you might also have spotted: three BBC reporters (Laura K, Allegra S and Paul M) on three different BBC programmes (News at Ten, Newsnight and The World Tonight) all posing exactly the same question/making exactly the same point: that Jeremy Corbyn made a speech that went down well with his audience at the conference but didn't speak to the mainstream electorate.

A second pro-Corbyn activist said it was the socialist speech people had been waiting for "for the last twenty years." Paul pointed out that he had a beard and asked him if he was pleased that JC praised beard-wearers. 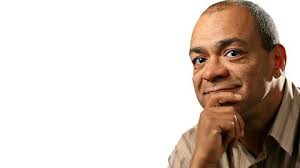 Then Paul interviewed former "New Labour personified" minister Geoffrey Robinson, looking "less happy" (according to Paul) said he hadn't been won over by Mr C. but that it's "our" job to win Jeremy Corbyn over and show him how to do it.

Then Paul focused on a MORI fringe conference that seemed to thown "a bucket of cold water" over the faces of the Labour audience. The polls didn't look good. Gideon Skinner of MORI said that JC's speech "added almost othing" to Labour's electability - though his "considered" tone went down well.

Then Paul featured a clip and an interview with Daily Telegraph columnist and former Labour activist Dan Hodges who pursued Paul's earlier point that Jeremy Corbyn's speech was just speaking to the hall, not the electorate at large. Dan dismissed his attempts to play the "patriotic" route.

Paul then went outside the conference hall, to Brighton Pier, to discuss that patriotism point. His first vox pop said Jeremy Corbyn wasn't being patriotic by being disrespectful to the Queen. His second vox pop said he should "bend a bit" and "follow a few rules", especially towards the Queen.

No, I wouldn't class that as pro-Corbyn reporting either! Would you?

Then came an interview with a pro-Corbyn Labour activist and her anti-Corbyn retired Labour councillor dad. She was enthusiastic about Jeremy Corbyn. He wasn't.

Then came a section focusing on that part of JC's speech which dealt with the Labour leader's criticisms of Saudi Arabia.

And that was that, as I heard it.