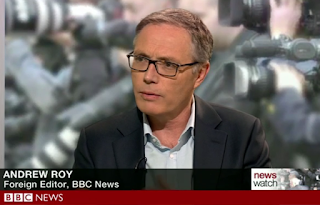 Andrew Roy: Exactly...to offer them longer analysis that some of our other correspondents are filing there to put the conflict into its perspective. But we can't always get it in every single report. simply because there isn't the airtime to do that.
Posted by Craig at 15:42