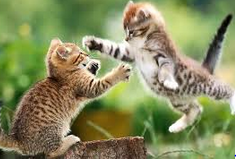 From the Telegraph to the Guardian, and a bit of Guardianista BBC gossip (played out, probably unsurprisingly, on Twitter):

It takes a lot to make an Old Etonian blow his top in public, but ITV’s passion for Peston led BBC deputy political editor James Landale to take to Twitter and tell a group of fellow TV lobby journalists (Chris Ship, Andy Bell, Allegra Stratton and Joey Jones, some of whom are also thought to have applied for the ITV political editorship): “I tweet tonight in praise of quiet competence and putting the story first. KBO [Keep Buggering On]”.

As Landale got television news’s only scoop in May’s election – David Cameron’s revelation that he would only be PM for two terms – yet is still a No 2, having presumably missed out on both the BBC and ITV top jobs, his ire is understandable; what’s striking is that he chose to implicitly damn show-off, “noisy” reporters (as opposed to quiet competence) whose goal is projecting their personality (as opposed to prioritising the story), apparently with Peston in mind.

Let’s hope his No 1 Laura Kuenssberg, preferred to Landale when Nick Robinson’s job was up for grabs, wasn’t in his sights too. Her normally affable deputy happens to be the author of a book on duelling.