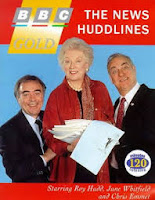 Listening to the past three weeks of Feedback has been fascinating - partly because it introduces 'people like me' to 'people like them'.

What I mean by that is that last week's edition featured a section on a Radio 4 Extra re-broadcast of The News Huddlines from 1976. That was, if you're old enough to recall, a none-too-biting news-based comedy show broadcast on Radio 2 starring Roy Hudd (the one who didn't have an emu on the end of his arm - as I had to keep reminding myself at the time, being very young and - Update - whose name I still keep getting wrong - see the comments below!) as well as that raving fascist June Whitfield.

Several Feedback listeners wrote in to complain about some of the jokes.

Pretty much the whole gamut of modern 'offensiveness' was run by this one edition of The News Huddlines - racism, sexism and homophobia (only Islamophobia and transphobia were missing), and these posh-sounding chaps weren't happy about it at all.

Roger Bolton dragged in the channel's bigwig and the programme's original producer, John Lloyd of, well, most things comedy-related at the BBC since early homo sapiens first told a Neanderthal joke....

....of which, by the by, this is a particularly ancient example, first cracked by Stan Boardman back in 762,530 BC:

A Cro-Magnon man, a Homo heidelbergensis man and a Neanderthal walk into a cave-pub and each order a pint. Upon getting their drinks they each notice they have a giant prehistoric fly in their stone drinking vessel.

The Cro-Magnon man says to the bartender, "Excuse me, mate, there's a giant prehistoric fly in this, can you pour me a new one, please?"

The Homo heidelbergensis man looks at his pint, picks the giant prehistoric fly out, tosses it aside and starts drinking.

The Neanderthal picks the giant prehistoric fly out by the wings, holds it above the stone drinking-vessel and says "Ug! Go on! Spit it out ya big bastard!"

Anyhow, as I was saying, the Radio 4 Extra guy and John Lloyd are hauled in and Roger gives them the full po-faced, "so-called joke" treatment. It was as if a whole joyless world of twittering Guardianistas had come to town, Roger Bolton leading the way, brandishing a pitchfork and his trusty torch of righteous virtue-signalling.

The BBC Extra guy said it's important to listen to it as a sociological document of its time and de-construct it. He'd put up warnings at the start for the politically correct faint-of-heart.

John Lloyd, who came across as the voice of reason here, said, yes, times have changed and such jokes have rightly gone out of fashion but the programme was still funny, there was absolutely no harm meant by those jokes and, he was neither embarrassed by, ashamed of or offended at any of them...

...which, as Stephen Fry might say, is the right answer. 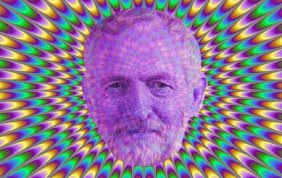 The first Feedback of this series had featured an onslaught of aggrieved Corbynistas (a 'comradery' is, I believe, the collective noun for a group of Corbynistas).

Here's a summary of what they said:

Is it really headline news that Jeremy Corbyn doesn't sing along with national anthem or want to wear a red poppy?

The BBC sees fit to undermine Jeremy Corbyn at every turn.

The way he's approached is with a very adverserial, very hostile approach.

The BBC has sought to trivialise issues rather than dealing with the wider points concerned.

There remains more to be done in terms of their understanding of where Jeremy Corbyn comes from and what he represents.

A BBC News spokesman and our old friend Norman Smith were on hand to parry Roger Bolton's questions, most of which seemed to be about whether Mr Corbyn's 'new politics' should be answered by the BBC with a new style of reporting.

I can't seen him changing his style one bit, though given my old nickname for him of 'anti-Tory Norm' maybe we will see him getting into the spirit of Mr Corbyn's 'new politics':

Norman Smith: Chancellor, many people think your tax credit changes will completely destroy your party's hopes of being seen as seen as the party of ordinary hard-working people. Aren't you grinding down the working poor back into a standard of living associated with the 1930s Depression era Britain of Orwell and the hunger marches?

George Osborne: No, Norman. These changes will empower people to break away from benefits and... 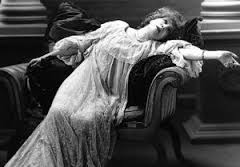 The latest edition of Feedback heard various Radio 4 types fainting at the sound of/fulminating against that nasty right-wing historian Niall Ferguson for talking over and being mean to an American novelist on Start the Week. Andrew Marr should have stepped in and shot him, apparently.

Plus some Welsh bloke was peeved that Dylan Thomas didn't get a place on poor Andrew Marr's Radio 4 poetry spectacular, We British.

The BBC Bristol Arts and Poetry editor, James Cook, got to field that one, saying that Dylan got a big spot on that morning's Today...

...and adding that his favourite poem, by that other Welsh poet called Thomas, R.S Thomas, didn't make it either...

...and that poem, to end this rather facetious post, is an absolute belter. James Cook has great taste in poetry:

I have seen the sun break through
to illuminate a small field
for a while, and gone my way
and forgotten it. But that was the
pearl of great price, the one field that had
treasure in it. I realise now
that I must give all that I have
to possess it. Life is not hurrying

on to a receding future, nor hankering after
an imagined past. It is the turning
aside like Moses to the miracle
of the lit bush, to a brightness
that seemed as transitory as your youth
once, but is the eternity that awaits you.