Oregon and the oddness of the BBC 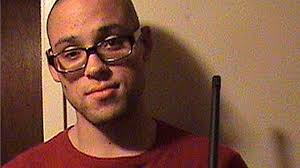 Having taken the day off work today, I've been following the reporting of the latest gun massacre in the United States as it unfolded.

I read the Times, Telegraph and Mail's reporting of the story this morning and, as they kept updating their stories, found out all sorts of (often conflicting) claims about the killer - his pro-IRA leanings, his use of neo-Nazi symbols, his Obama-like mixed-race background, his anti-religious rants, his singling out of Christians during his massacre, his 'conservative Republican' sympathies, his British roots...

I also kept my eye on the BBC News website's coverage and found that most of those claims weren't being reported this morning. The BBC's reports focused on gun control and what President Obama was saying about gun control.

So the BBC was being very tight-lipped.

Was that because of journalistic scruples about reporting unverified reports? Or was it because the BBC was being characteristically wary lest the killer turned out to be Muslim (as his targeting of Christians led some eager lemmings on the Right to hastily assume)?

As the afternoon went on, the BBC's article about the atrocity was updated to include much of the above (many hours after most of its media rivals in the UK), albeit none spelt out at length.

Oddly, 'the targeting of Christians' - which have led Sky and others' headlines for much of the day - remained an incidental point (at best) in the BBC's online coverage until the last couple of hours.

Then, suddenly, the BBC's non-committal main headline changed to: Oregon college shooting: Gunman 'targeted Christians' - many, many hours after the others.

The BBC is a most peculiar online broadcaster at times. It claims to be the best but, frankly, it's the last place people should go to first (online) for breaking news on subjects like this.

Even now the main BBC website article, unlike pretty much every other one I've seen, is choosing not to feature a photo of the killer. 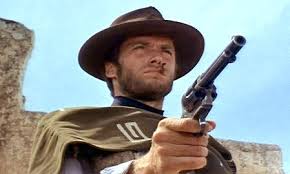 The whole guns thing in the US is probably hard for most British people to understand - as the BBC keeps telling us.

I sort of understand it, but I suspect I might be unusual in that. After all, I didn't get where I am today in the right-wing BBC bias blogosphere by not understanding that Obama is bad, m'kay, and that those advocating gun control are almost as bad, m'kay (despite all those US gun massacres). Libertarians R Us, etc.

The BBC is certainly biased on the issue. There's no doubting that, unless you're certifiably insane (in which case you shouldn't be let anywhere near a gun!)

Whether the BBC's right to be biased is another matter (a separate if related question) but, even if we agree with the BBC here, let's not pretend it isn't biased (like any of us would!)

If you still doubt the BBC is biased on the issue, then please just listen to tonight's PM . This was one of the clearest cases of a BBC programme repeatedly nailing its colours to the mast I've heard in a long while.

We had nigh on five minutes of Barack Obama reacting to the massacre for starters.

I've never heard anything like that length of uninterrupted broadcasting from our own PM on PM, so why grant a foreign president such a free platform? Obviously because PM found his comments powerful and persuasive.

Then came a succession of opinions from BBC North America editors past and present: Justin Webb, Mark Mardell and Jon Sopel.

They collectively expressed their feeling that the US's resistance to restricting guns would be hard for us in the UK to understand.

Ol' Justin was the most forthright of the three, making clear his belief that opposition to gun control in the US is wrong-headed and stating, without equivocation, that there was a surge in gun purchases following Obama's election in 2008 because of racism. (Evidence, Justin?)

Mark Mardell was scarcely less clear about his (pro-gun control) feelings on the issue but, characteristically, made a half-hearted attempt at 'BBC impartiality' by being a bit nicer about those who oppose gun control. He did blame those pesky Republican right-wingers though for stopping gun control legislation.

Jon Sopel (the incumbent) was the least blatant of the three, though even he didn't disguise his (pro-gun control) feelings on the issue. In contrast to Mark Mardell, however, he noted that lots of Democrats also opposed gun control legislation.

I don't think I've listened to such a concentrated burst of openly one-sided BBC reporting from not one but four BBC reporters/presenters for a long time (and I'm including Eddie in that for featuring that five-minute clip of unedited Obama).

I really urge you to listen to it if you suspect me of exaggerating. (It begins some 26 minutes in).

Should the BBC be biased on this issue?
Posted by Craig at 18:23