Tonight's 'Moral Maze' on 'Whither the BBC?' 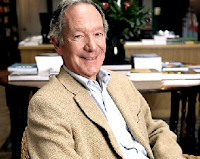 It's a while since I've tuned into Radio 4's The Moral Maze.

Back in its early days - the days of Rabbi Hugo Gryn - I was quite a devotee, but seem to have got completely out of the habit over the past decade or so.

I was lured back today because the subject was "Whither the BBC?" and David Vance at Biased BBC had posted that either he or Alan would be on, so I was very keen to listen to that.

Unfortunately, neither of them appeared after all. They must have been 'bumped'. (Stephen Glover from the Daily Mail and Ryan Bourne of IEA were on instead.)

Had they been on they might have added a bit of needed grit and energy to what turned out to be a deadly dull edition of the programme. (I wish I hadn't wasted three quarters of an hour listening to it now.)

If there ever was a time to have Melanie Phillips on, this was it. She's a well-known critic of the BBC. So why wasn't she on instead of Anne McElvoy? Was she deliberately not invited, or merely unavailable?

Then they all pretty much spent the whole time missing the point of everything. Stephen Glover was far too easily drawn into spending most of his contribution saying what he liked about the BBC and, like Ryan Bourne, almost entirely failed to tackle the issue that bothers us here - BBC bias.

Giles Fraser ranted on as ever, barely ever pausing for logic, extolling the wonders of the BBC and it's role as a national unifier, something that makes him feel 'all Rule Britannia', a beacon of what best about Britain.....but, oh, despite that, he thinks it's got a bit of a pro-Right bias - something he's obviously very prepared to live with!

The whole thing was a fairly tedious affair - though, oddly, I did find myself agreeing with some pro-BBC points (though having to listen to points of view I disagree with)....

....especially the much-mooted idea that the BBC forces people to listen to other people they don't agree with, and that the evidence suggests (as indeed it does) that if we didn't have such a forum we would instead tend heavily to read/watch only those outlets which reinforce our own views and avoid the rest, and that that would be a bad thing....

....the snag being - which no one pointed out - that such a presentation of the BBC is all very well as an ideal (and one which I strongly support) but it doesn't work out like that in practice anywhere near as much as it should - hence the point of this blog, and blogs like it!

Incidentally, given all the many posts we've done here at ITBB? about Cardiff University Media Department's central part - thanks to a strange alliance of leftist academics and former BBC bigwigs - in providing the BBC [and its left-wing supporters] with "impartial", "academic" evidence that it isn't biased towards the Left (and that it is, if anything, quite the reverse)...

...it was intriguing to learn (which if I already knew I'd managed to forget) that Prof Ian Hargreaves (the left-leaning, former BBC bigwig turned ultra-pro-BBC guest here) is yet another of those Cardiff University academics working on media matters. (Things keep slotting neatly into place here).

Michael Buerk kept a very low profile thoughout. As well he might.
Posted by Craig at 21:28