Did Barry Gardiner ask Diane Abbott to time the Marr Show for him? 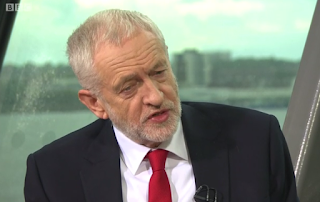 So shadow cabinet member Barry Gardiner (he of the silv'ry voice) has complained to the BBC about The Andrew Marr Show.

It was Andrew's "grilling" of Jeremy Corbyn over antisemitism that got Mr Gardiner's goat:

It is perfectly legitimate to question Jeremy about this but to spend 24 minutes on it and six on Brexit - it was in my view bad editorial judgement.

Unfortunately, Mr Gardiner's stopwatch must have been faulty, or maybe he got Diane Abbott to do the timings, because the whole interview lasted 24 minutes.

As for the true breakdown of the interview, well, the first eight minutes were spent on Brexit, 11 minutes on antisemitism and five minutes on Labour domestic policies.

And to think this man could be a government minister in the not-too-distant future!
Posted by Craig at 12:34