The referee has spoken 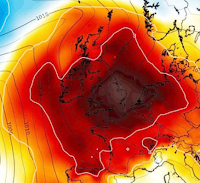 As noted on the latest open thread, the BBC has now issued internal guidance on how to report climate change.

Editorial staff have been briefed, among other things, that they "do not need a 'denier' to balance the debate":

The briefing was announced in an internal email from Fran Unsworth, the BBC's head of news and current affairs. It begins:

After a summer of heatwaves, floods and extreme weather, environment stories have become front of mind for our audiences. There are a number of important related news events in the coming months – including the latest report from the UN Intergovernmental Panel on Climate Change and Green Great Britain Week in October – so there will be many more stories to cover. Younger audiences, in particular, have told us they’d like to see more journalism on the issue.

With this in mind, we are offering all editorial staff new training for reporting on climate change...

The referee has spoken.

And so has the second referee. Former BBC environment correspondent Richard Black approves:

The creation of this course is welcome news. The BBC was wrong in my view to scrap the science seminars that it set up in 2011 – very few producers and presenters have a science background.

The course will be criticised by some – words like ‘stifling the debate’ – but those voices are decreasingly important in the country. I think the real takeaway from this is that the BBC has decided it no longer cares about evidence-free allegations of ‘bias’. It’s to be commended for putting its mojo on display.

Richard, if you recall, rarely worried about putting his mojo on display when he worked at the BBC.

Update: Well, as we're not the BBC, here's a response from the other side - namely Benny Peiser of The Global Warming Policy Foundation (quoted in the Times):

This memo puts in writing what most people have known for the past ten years, which is that anyone sceptical of climate alarmism isn’t allowed on the BBC. They cherry-pick the people who make claims. No one is allowed to counter their own bias.

The BBC is taking a position on a very controversial issue. Climate change is real and humans are contributing to it but it is not as alarming as the BBC very often makes out.