Reality-checking the new editor of 'The Andrew Marr Show' 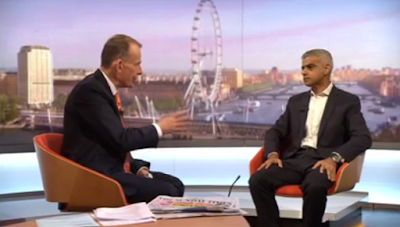 My Twitter feed this morning contained a lot of people speculating on whether Andrew Marr would question Sadiq Khan on his record as Mayor of London, especially over knife crime, or whether he'd let Mr Khan 'remoan' throughout the entire interview.

So I got out my trusty stopwatch and found that eight and a half minutes were given over to the second Brexit referendum question and under a minute to Mr Khan's record as Mayor.

Yes, that was it. 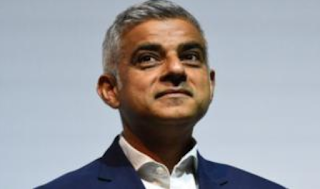 And what does the programme's new editor John Neal say to criticism that the programme should have focused more on the violent crime question?:

Is that true? Well, there have been three previous interviews with Sadiq Khan during his time as Mayor of London:

If you look at the linked transcripts, you'll see that the last one - in July this year - devoted less than one-fifth of the interview to Sadiq's record on violent crime (including knife crime), splitting the rest of time between Trump and Brexit, while the one in November last year gave over about three-quarters of the interview to his record on transport and housing. (The one in May 2016 was just after he was elected, so can't really be considered in this respect).

So, as you can see, John Neal was correct to say that the Mayor's record has been discussed before but he's considerably overstating his case when he claims "we have done previous interviews with the Mayor that concentrated on crime and youth violence", as that hasn't really happened. The only interview that featured questioning on the issue spent over four-fifths of the interview talking about other subjects.
Posted by Craig at 14:46