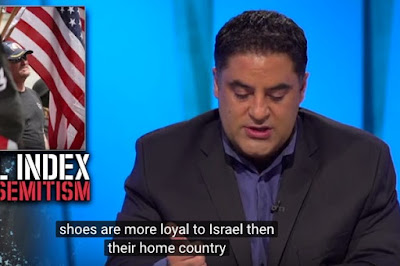 Not really. It was just some subtitle-bot’s phonetic transcription of 'Jews' in a video about antisemitism.  Or 87ism as the bot mistranscribed it. 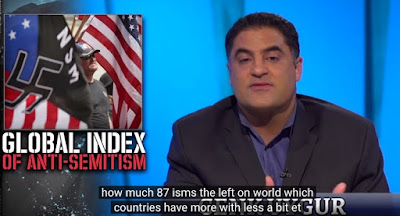 It made me laugh. I did wonder why subtitles were thought necessary, since the narrator is using the same language as the bot.

I stumbled upon that video only because it was on the YouTube sidebar when I was actually more concerned with a video about antisemitism in Pakistan. (H/T UK Media Watch  Commenter Dani ben Lev)

I consider myself quite a hardened viewer of outrageous examples of antisemitism with the help of PMW and Memri. Nevertheless the antisemitic views of some of those well-healed Pakistanis still shocked me.

It sheds light on the attitudes expressed by many of the UK’s Pakistani immigrants.  I wonder what the Muslim Mayor would have to say about this.

There have been so many articles trying to fathom out the real Sadiq Khan, especially those by Maajid Nawaz  and Soeren Kern, and still we’re all unsure how Muslim Khan is, how Muslim he intends to be as a Mayor, and whether he can risk alienating the extremists by acting like an Uncle Tom.

I think the BBC has fallen in love with Khan, it’s Obama-love all over again. Well, they had to have someone to idolise.

Having watched the outgoing Mayor’s Brexit speech yesterday, the disparity between Boris’s eloquence, depth, breadth and charisma and Khan’s ‘beating the odds’/ son of a bus driver’ image stood out like a sore thumb. Boris is certainly a hard act to follow.