Trending in the usual direction

Here's an exchange from an earlier comments thread: 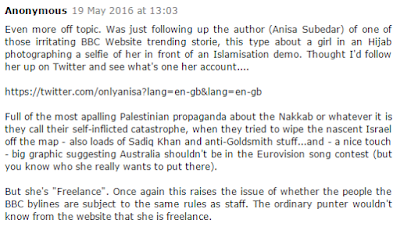 Anisa Subedar's BBC Trending article was headlined Muslim woman's cheeky selfie with anti-Islam group goes viral and reported the "friendly" social media response to "hijab-wearing Zakia Belkhiri" and her "cheeky selfies" in front of a "far-right anti-Islam group protesting outside an Islamic lifestyle event she was attending in Belgium". And, yes, Anisa's Twitter feed does indeed express the views described: 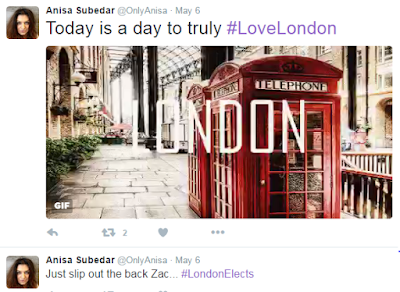 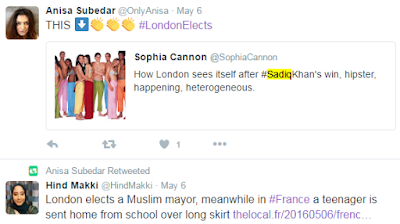 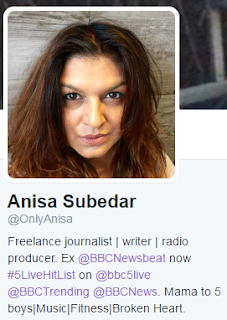 ...and yet who BBC Trending doesn't choose to describe as 'freelance', thus leading BBC Trending readers to assume that she's a 100% BBC reporter.

And now, according to Raheem Kassam at Breitbart London, it is claimed that cheeky "hijab-wearing Zakia Belkhiri" posted an anti-Semitic tweet in 2012 (now deleted) saying:

Other allegations of anti-Semitic social media comments are also posted at Breitbart (though to add caution on top of caution, even RK is being unusually cautious about the claims).

Hopefully Anisa will be investigating/updating for BBC Trending. Is her heroine anti-Semitic or not?

...though it's not looking as if she's very keen to do so, unfortunately: 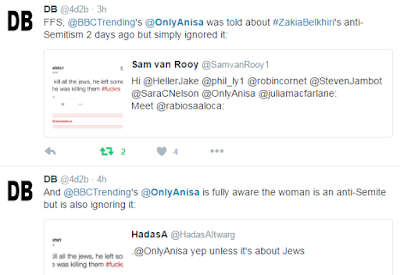