World on the Move 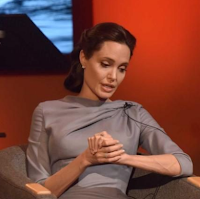 It's one of the pleasing features of the Spectator that it has some regular columnists who aren't typical Spectator writers.

Their Radio columnist Kate Chisholm always reads to me as if she'd be much more suited to writing for the Guardian or the BBC. Her views are invariably impeccably bien pensant (as her fellow Speccie columnist Rod Liddle might say) and she's nothing if not strongly pro-BBC to boot.

It was hardly surprising, therefore, to read her hymning the BBC's praises in her latest column:

Monday’s ‘World on the Move Day’ on Radio 4 was a bold challenge to government policy and proof that radio is much the most flexible, the most accommodating, the most powerful medium when compared with TV. Without much ado, the day’s planned schedule was squeezed, manipulated, overturned to allow the team behind the Today programme to mastermind a live discussion throughout the day about the migration issue, as if to say to the government, here’s what people not just in the UK but from around the world care about. Let’s listen to them and see what solutions they might have to offer.

Angelina Jolie Pitt was the biggest prize as she took over the You and Yours slot to lead a live lunchtime debate on Radio 4 and the World Service that looked beyond the overcrowded boats in the Mediterranean and the homeless refugees queuing up on the borders of the EU to the migrants who have already arrived but not settled and to the reluctant hosts themselves who are not always so welcoming or accommodating. Why did she choose to use this forum? Because it gave her immediate access to a global audience. But not only that. She knows that speaking on the BBC gives her an authority, a cachet that surpasses her own glamour. Ponder that, Mr Whittingdale.

Maybe Mr Whittingdale might actually make better use of his 'pondering time' by pondering instead that (as Kate herself put it) the BBC was making "a bold challenge to government policy" here - and doing so by focusing on what people "around the world care about" rather than "just" what people in the UK care about.

Should an impartial be BBC "challenging" government policy here?

He might ponder whether that's also something that an impartial BBC should be doing.

Sue has already mentioned Toby Young's blast against the BBC at the Daily Telegraph. Toby called the whole BBC ‘World on the Move Day’ "anti-Brexit propaganda". ("If you were looking for impartiality, you’d come to the wrong place", he said).

And another powerful excoriation of the BBC comes from Karen Harradine at The Conservative Woman, which I'd urge you to read. She describes it as "a barrage of manipulative and patronising 'reporting'" and "a dribbling diatribe from a motley assortment of organisations", replete with "virtue-signalling and mawkish sentiment".

I have to say that, what with one thing and another, I didn't listen to much of ‘World on the Move Day’, so I can't say if it was as appallingly biased as it's been described - though Kate Chisholm's admiring piece leads me to trust the criticisms from Toby and Karen.

And when Karen writes:

The BBC also triumphantly brandished a demand by the insidious Save the Children charity that refugee children are enrolled in school within one month of arriving in the UK.  Perhaps those who run that charity would like to donate some of their bloated earnings to building new schools as a way to accommodate this?

....well, I myself noticed that as I was driving (very early) to work. The BBC - starting with Today - was making that call from Save the Children their top story - including (as I checked after getting to work) the BBC News website...

...and its tying-in with the BBC special day surely reinforces the point (from fans and critics alike) that the BBC was in campaigning mode here (which it should never be).

Time permitting (and there's precious little of that at the moment) I'll try and conduct a review of that days coverage on Radio 4 for myself.
Posted by Craig at 19:58

Labels: 'World On The Move', The Conservative Woman, The Spectator