Antisemitism enquiry, a Labour of love

The enquiry into antisemitism is getting more and more absurd and surreal.

This subject is loosely related to the BBC, because the BBC’s hostility to Israel is partly responsible for facilitating the expanding acceptability of antisemitism. Antisemitism even seems to be trending amongst eternally immature people with a penchant for the keffiyeh.

We used to talk about ‘dinner party’ antisemitism, which of course has  been culturally appropriated by the Muslims*. Apparently dinner party Islamophobia is the grievance du jour, and implicit and explicit antisemitism has moved on.

Equally surreal is the fact that as soon as you refer to the source of the most overt, most openly expressed antisemitism of all, you’re automagically committing Islamophobia.

Or ‘suffering from’ Islamophobia, since a phobia is usually classified as a disorder. Psychoanalysts and hypnotherapists who profess to cure phobias could do some great business if they simply added Islamophobia to their CV alongside claustrophobia, arachnophobia, giving up smoking and fear of flying.
They could create an acclimatisation scenario, where the sufferer is gradually exposed to a simulation of the thing he fears. A simulated airline cabin; a dusky, bearded actor with a backpack settles down in the seat next to the phobic.......to kill two birds with one stone if you like. 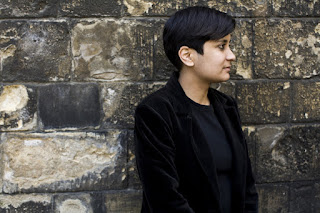 Never mind that. More surreal even than that is Shami Chakrabarti joining the Labour Party before embarking on her enquiry into antisemitism in the Labour Party (to show that she has the Labour Party’s best interests at heart) She will also be converting to Judaism for similar reasons. (Waiting to hear the exact date)

Have you ever heard of an organisation seriously claiming that an enquiry into its own misconduct is best conducted by its actual self? From the inside? You know, a non-independent enquiry is  a more perfect type of enquiry than an independent enquiry?

Since antisemitism is now inextricably coupled with Islamophobia, no investigation into antisemitism would be complete without a parallel investigation into its conjoined twin. Therein lies an inherent conundrum. (Can you tell what it is yet?)
It’s one of your catch 22s. “a dilemma or difficult circumstance from which there is no escape because of mutually conflicting or dependent conditions.” 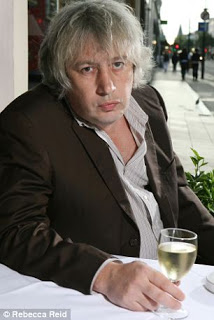 The first stage has already begun. The labour Party is to subpoena Rod Liddle for committing Islamophobia, and has suspended him from the party retrospectively. I almost feel a riff coming on about specific particles of food that adhere to Rod Liddle’s jumper, but no, it’s not going to be that.
It’s to do with language.

So  - and I’m starting with ‘so’ here, because I can, Rod Liddle wrote a piece in the Spectator, which made perfect sense until pressure forced him to make a politically correct correction.  The article is now politically correct but grammatically incorrect. Or, tampering with the wording has altered the meaning.

There are two relevant paragraphs. Here’s the beginning of the first one:

“Re the anti-Semitism. There are a number of broad points to make. First, it is absolutely endemic within two sections of the Labour Party – the perpetually adolescent white middle-class lefties, and the Muslims – the latter of which ..”

The next paragraph continued:

“For the Muslims the anti-Semitism is visceral, an ingrained part of their unpleasant ideology.”

Grammatically and, if you like, stylistically, “For the Muslims” carries the implication that he is referring to “the Muslims in the Labour Party” simply because he’s just defined the ‘two sections’ of the Labour party:   (number one = the  white ones. Number two = the Muslims.)

In the amended version, the second paragraph  now reads:

“For many Muslims the anti-Semitism is visceral, an ingrained part of their unpleasant ideology. For the idiotic white lefties it is an adjunct to their self-loathing and hatred of firstly Britain and second the West. In both cases it is predicated as much upon envy – at Jewish success, worldwide and in Israel – as anything else. If you handed over Israel to the Palestinians they would turn it into Somalia before you could say Yom Kippur.”

Ironically this small change alters the entire meaning of the paragraph. It broadens out the accusation; now it’s not just the Muslims in the Labour Party who face Rod’s accusation, but “many” from the whole entire planet-full of Muslims!
That must amount to a huge increase in the number of Muslims the amended version of the article now addresses.

In my opinion, Saul O was wrong when he said it was right to amend it. I think it was daft.

However, the very fact that Rod Liddle, whose acerbic and often hilarious articles frequently refer to the absurdities in Islam in an irreverent and sometime facetious and flippant style, was still a paid-up member of the Labour party was an absurdity in itself.  Why didn't he pull out, already?

The fact that antisemitism in the Labour party is being investigated by a committed Islamophile who has converted to the Labour Party just so she can investigate as an insider rather than an outsider is illogical, discordant and senseless.

Another factor that makes this whole exercise such a fiasco is that antisemitism in the Labour Party is as visceral and ingrained from the Leadership right down to the infant department and the students and the trade unions. If people who fraternise and empathise with rampant antisemites at home and abroad are  ‘against all forms of racism‘  then  my name is Joseph Heller and I’ve spotted a catch.