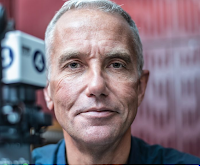 The Daily Mail has an arresting story this afternoon:

Now, Corey at the Mail took this story from Miles Goslett at Heat Street and is decent enough to credit Miles and to link to his original post, noting that the gossip about Eddie came from were "a Radio 4 source". The Mail has followed it up with an enquiry to the BBC, but "The BBC declined to comment on Mair's salary when contacted by MailOnline."

If you follow Corey's link though it turns out that the story has a twist:

As it happens, one very well-placed Radio 4 source has told me that Eddie Mair takes home £425,000 per year.
When I put this to the BBC, they refused to deny it.
Indeed, a spokesman would not comment at all, but he did say that this is a “wild exaggeration”.
Well, maybe it is, but under Whittingdale’s new rules, we will never know the truth either way unless Mr Mair chooses to disclose his publicly-funded salary himself.

Now, even though the Mail has updated its article since I first saw it and followed that link, it still failed to report that bit about the BBC spokesman saying that the £425,000 claim for Eddie Mair's salary is "a wild exaggeration" - a possibility Miles Goslett properly concedes could be true.

Not that an obscure little blog like this can stop a mighty, Daily Mail-boosted rumour in its tracks, but nonetheless: Please bear in mind that it seems at least possible that Eddie doesn't earn "three times more than the Prime Minister".
Posted by Craig at 13:24