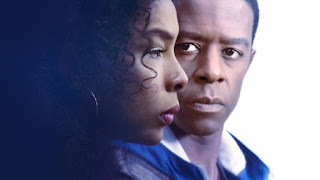 I gave up on “Undercover” around the second epileptic fit, but my nearest and dearest stuck with it. The epilepsy turned out to be a coming and going affliction that came and went with neither explanation nor consequences.

Viewers were already irritated by the untimely postponement of the final episode, due to some urgent luvvie ceremony. But we were told to expect an exiting ending.

I couldn’t make head or tail of the plot, but I decided give the gripping reveal a try. Sheer disbelief sent me to sleep shortly after Nick unconvincingly broke his own arm, bloodlessly, by closing it in an iron gate. Who would do that?  No-one even knew why he did that.

Next day I couldn’t wait to find out what happened.  What was the outcome?
“Buggered if I know.” said the one who stayed awake throughout.
Well it is possible that he was confused in the way only people of a certain age can be. You know, “What did he say, mother? Didn’t quite catch that!”

But the confusion wasn’t age-related. Confusion and bafflement were universal. Every single viewer was baffled by the plot. No-one in this entire world understood anything about it. Who was what, or why.
The writer, Peter Moffatt, used to be a barrister. He said so. He probably wrote it to appease Sir Lenny Henry.

The plot was full of holes. (Plot-hole) No-one knew what the motivation was for any of the murders. No-one knew why Maya was appointed DPP or why she had so little to do once installed. No-one knew why anyone did anything, or who anyone actually was. The ending, which I missed, sounded like a Benny Hill farce. The American part of the plot was aimed at the American market; good luck with that.

People are making noises about a second series. Be afraid.