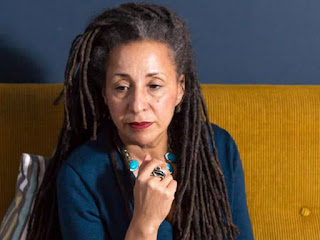 No blogging time for me for a few days, but I recommend Sarah AB’s article on Harry’s Place  about John Humphrys’s bungled interview with Jackie Walker.  I wholeheartedly agree with Sarah AB:

“He did not do a very good job.  She was introduced as having been suspended for comments she made about Israel.  Although a discussion of Israel prompted her remarks, this isn’t an accurate summary of the reasons for her suspension. He also failed to pick up on the significance of the term ‘chief financiers’ or take issue with the dubious nature of some ‘historical’ accounts of the relationship between Jews and the transatlantic slave trade.


Frustratingly, Humphrys’ line of questioning, even though it failed to probe the real problems with what she said, was open to a charge of unfairness.   He claimed she’d said in effect,  ’let’s get over the Holocaust’ (not really) and then said that there was no need for her to ‘invoke the Holocaust’ (when she wasn’t the first to mention it in the original Facebook conversation), and then claimed she implied ‘the Jews had it coming, almost’.”

The Slugger O’T piece is very good, too.

The BBC is very slow to pick up on this kind of thing. By the time they’ve decided it’s ‘newsworthy’ people like Walker have had plenty of time to conjure up a defence and even convince themselves of its righteousness.
The problem is that John Humphrys and co. are jacks of all trades and masters of none. He obviously hadn’t been properly briefed. Most of your all-purpose anchors and presenters are out of their depth when dealing with any serious subtlety and complexity. Time constraints as well.

Listeners who hadn’t already read about this incident must have wondered what all the fuss was about. “Reinstate the poor woman,” they’d be shouting at the radio ... “leave her alone”.