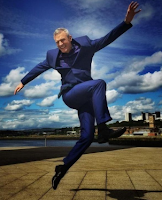 And talking about News-watch, while I've been somewhat out of action in recent days, David Keighley has been busy keeping plently of fire, all firmly focused on the BBC's EU referendum coverage...

...and he's posted a methodically-detailed article about an edition of Jeremy Vine's show on BBC Radio 2 - an edition that he, from listening to it, thinks is the most biased thing about the EU referendum he's heard yet from the BBC (and he's heard a lot).

Indeed, he's finding it hard to imagine anyone that could possibly bemore biased.

This was Wednesday's edition of the Jeremy Vine show where Jeremy "discusses driverless cars, magic mushrooms lifting depression and invites ordinary people from the 27 countries in the EU to tell us what they think".

I've not listened to it myself but (maybe even better) I've read the transcript and...well, frankly, just wow! Wow! Wow! Wow! (as Kate Bush might say).

Though, as David points out, Jeremy Vine did ask some 'devil's advocate'-style questions (from the pro-Brexit standpoint) the whole hour-long thing was a pro-EU/anti-Brexit "love-in".

Who at the BBC arranged this extraordinary gathering of pro-EU/anti-Brexit EU "ordinary people"?

And, as soon as I read David's transcript, I spotted the name 'Imke Henkel' - the "ordinary person" from Germany. And, checking her Twitter account, it indeed was that Imke Henkel - the leading left-leaning Die Ziet correspondent who keeps cropping up on the BBC (and in posts here at ITBB).

And, using Google, I then put in the name of the "ordinary" person from Finland and found she was a Green MP there (until the voters lost interest in her).

Other names were half given and hard decipher and, thus, difficult to find on Google. Were they all like this?

Well, it's hard to know...but the Hungarian "ordinary person" was clearly from the Left - and, thus (according to all opinion polls, which regularly give the Right in Hungary 2/3 of the vote), quite some way away from from where popular Hungarian opinion now stands.

As, by chance (though no night owl), I was up into the absurdly early hours of yesterday morning (feeling half dead) watching some Kate Bush at the BBC programme on BBC Four, here's Kate singing 'Wow!'