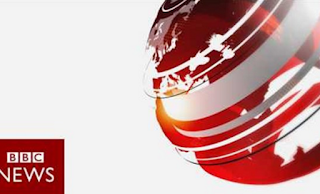 When we last left our monitoring of which side's angle comes first in either the headlines or the whole bulletin on BBC One's News at Six (EU referendum-wise), the tally stood at a hugely imbalanced 14 for Remain and 3 for Leave.

In the week since we've seen:

15/5 Leave "Boris Johnson compares the EU to Hitler, saying both wanted a single European state. His critics say the comments are offensive".
16/5 Remain "The Chancellor George Osborne has said the economic debate over whether Britain should stay in the EU is over. Speaking at Stanstead Airport Mr Osborne said an exit from the European Union would be 'a one-way ticket to a poorer Britain'".
17/5 Remain "A war of words inside the Conservative Party over the EU referendum. Lord Heseltine attacks Boris Johnson. Lord Heseltine: "He is behaving now irresponsibly and recklessly and I fear that his judgement is going"."
19/5 Leave "Migration is one of the big issues in the EU referendum debate. The latest official figures show a sharp rise in the number of EU migrants working here. Those campaigning to leave the EU said it proves that UK workers are losing out. Downing Street has said that the vast majority of jobs in the UK are carried out by British workers."
20/5 Leave "Michael Gove of the Vote Leave campaign warns of massive extra demands on the NHS if we stay in the EU".

...which takes the running tally to:

And here's where things get a bit complicated.

The two Remain-led days' coverage put the respective Remain campaigners' cases first and foremost. They then followed through with that case.

Please contrast that with...

The 15/5 coverage, which may have led with Boris but it did so by somewhat misrepresenting Boris and focusing on the "outrage" he'd caused. Unlike all of the Remain-led stories, this Leave-led story wasn't helpful to Leave (at least it wasn't after the BBC had reported it!). This was 'negative' reporting for the Leave campaigner. It should really have gone in the Remain column.

And the 19/5 coverage was peculiar in its lack of reporting of Leave's points about the sharp rise in EU migrants working in the UK. The BBC suddenly went into pure 'facts and figures' mode. Viewers would have struggled to get any sense of why the figures might be a major issue relevant to the Leave side's case for leaving the EU.

And the 20/5 coverage - the one that looks like a 'proper' Leave-led bulletin was quite the jaw-dropper. I was going to write about this in detail myself, but David Keighley has already done it over at News-watch (complete with a full transcription).

The Leave campaign deny they’re scaremongering but some of the numbers today do look scary and they are meant to. They are also open to question. Take a look. We are told if we stay in the EU that will add between 2.5 and 5 million to the population. Why? Because it assumes that five countries, including Turkey, all join the Union by 2020, which is doubtful.  It takes no account of new controls. David Cameron says Turkey won’t be joining for decades.  But the Leave side say it would add between 6 and 13 visits to A&E departments, and increase of 57%. Why? Because migration and A&E visits have both gone up – there’s no conclusive evidence that the two sets of numbers are linked.

And then John Pienaar did what I'd expect a pro-Remain campaigner to do. He reached back to the pre-Referendum archive to broadcast a clip of Boris to further 'rubbish' the Leave point (fair dos if you're a campaigner; less so {I think} if you're meant to be an impartial broadcaster):

John Pienaar: The leading Leave campaign wasn’t convinced countless Turks were coming quite recently.
Boris Johnson (speaking in March 2016): Turkey’s been a candidate for membership of the EU since 1963.  I think the chances of the Turks readily acceding to the European Union are between, you know, nil and 20%.

Given that all three of the three previous 'Leave-led' stories focused on negative campaigning by Leave (Boris bashing Obama, Michael Gove accusing Remain of behaving badly and Nigel Farage slagging off other Leave campaigners), Leave are still getting the raw end of the deal here - even when their angle is leading BBC One's much-watched early evening news bulletin.

The stats speak for themselves in suggesting the sheer scale of the pro-Remain imbalance but, oddly, they actually seriously understate the imbalance. The imbalance is even more massive than the stats suggest.
Posted by Craig at 19:58