Canary in the room 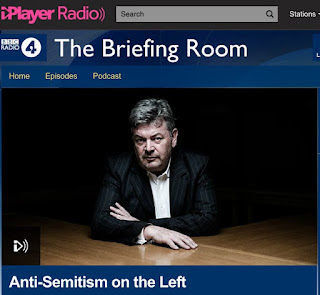 Talking of The Canary, I listened to David Aaronovitch’s “The Briefing Room” having seen that the editor of the Canary was on the programme talking crap about the evils of Zionism.

They’re discussing it on H/P as well. Go there now if you’d like to see a wide variety of opinions on the programme.

I just thought the 28 minutes was too short. No time to be of much consequence. Although David Hirsh refuted the forced sterilisation story, it hung in the air  - and lingered there.

I had to look it up to remind myself what had happened. It’s precisely the kind of story that Israel-bashers pick up and run with; they get away with it simply because they can. No-one can be arsed to check it out.
Transcription thanks to "Happy Goldfish"

(Kerry-Anne Mendoza 0:18:26) "The Comparison of Israel to Nazism or the atrocities of the Third Reich. What evidence is there for that? Well, what other state in the world do I know of in the present day has been behind the forced sterilisation of Jewish women? That would be Israel, It was applying Depo Pravera**, long-term contraceptive injections, to Ethiopian Jewish women. I think that's an anti-semitic act. I think it has horrific echoes of some of the atrocities, not all of them, some of the atrocities perpetrated by the Third Reich, and I think it's right to call that out. I would call that out in any state anywhere in the world where Jewish women or any other group of women were subject to forcible sterilisation to prevent some sort of racial dilution, which wasthe theory behind that process. Do I think it's helpful for people to go around willy-nilly attempting to bait Jewish people by calling them Nazis? Absolutely not. But do I think there issome evidential case for saying there are echoes here of some the worst behaviour that we have committed in Europe? Yes I do."
** Depo Pravera is a 3-month contraceptive

I see Sarah AB has crashed Gene’s post (I do that here sometimes, it’s very jolly) and she has contributed a fuller summary of the programme. 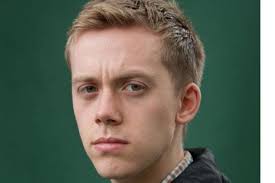 It was good to hear Owen Jones talking more sense than usual, especially when he demolished Kerry-Anne Mendoza’s Nazi comparison, and I was impressed by his seemingly heartfelt admission that it was up to people on the left (like him) to speak out.

He has come in for a lot of flak from some of his followers for what they see as a betrayal.
It’s a common problem - one isn’t entirely responsible for the excesses of one’s fans. In fact the excesses of one’s fans can act as an eye-opener, and can prompt one to reevaluate some of one’s lazier assumptions.
As for Owen, I can’t help remembering his passionate condemnation of Israel over the death of the baby Omar  Mashhrawi  which crossed the line between rational and irrational by way of his stubborn refusal to recant, even after the institutionally anti-Israel UN found that Israel was ‘not’ responsible.

The new Owen almost smacks of a bandwagon hastily jumped upon; the boy Owen with a youth’s keen sense of smell, having scented a whiff of an imperceptible shift in the direction of that elusive moral high ground.
Owen, when did you stop being antisemitic?

The elephant was still there of course. The lazy repetition of that phrase “What Israel is doing”, which is never challenged  - and the blind spot that looms so large that it reduces everything else to candy floss, an inability to acknowledge let alone confront  the Jew-hate that emanates from the Arab world and the Palestinians that the silly lefties have adopted as pets.
Posted by sue at 21:34