The BBC has learned (again)... 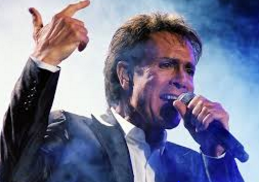 Prosecutors have received a file of evidence regarding the singer Sir Cliff Richard and allegations of historical sexual assault, the BBC has learned.

So says one of the main articles on the BBC News website tonight.

The police notoriously tipped off the BBC when Sir Cliff first got arrested and the BBC duly flew a helicopter over the singer's house while he was being arrested.

And now, as "a file of evidence" arrives at the CPS, here are the BBC again, havign "learned" that the "file" has arrived at the CPS, and making 'something big' of it.

I'd just like to say that I agree with the BBC Newswatch's Samira: