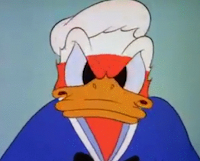 Although I stand firmly by my BBC EU referendum stats, a little voice in my head is sounding a note of warning.

My inner voice is telling me that my stats are coming close to suggesting that the BBC is actively and exclusively working for Remain (to exaggerate slightly) and that this must either be (a) evidence that there's a major problem with BBC pro-Remain bias or (b) evidence that I'm cherry-picking.

Naturally, as I said two paragraphs ago (if you recall), I stand firmly by my stats. I've chosen to monitor some major BBC programmes, pre-announced most of what I've subsequently monitored, followed them through after pre-announcing them, and provided full details of the evidence I've found. I don't think I could have been more scrupulous.

But, that little voice in my head tells me: "That's not the whole story, is it?"

And for all sorts of unexpected people - from the Daily Mail to Toby Young and Bill Cash MP - to give the BBC a pretty clean bill of health over their EU referendum coverage, there must be more to it than that. What are they seeing?

And there is, of course, more to it than that...

...and I don't just mean Jeremy Paxman's Paxman in Brussels: Who really rules us? (the one the pro-Remain lot are loudly shouting 'Bias!' about).

No, I should have quickly posted about the third instalment of Katie Razzall's Referendum Road feature for Newsnight (from Preston) which, I felt, went quite some way towards showing that she'd moved beyond the pro-EU bias of her first report (and well done her!):

A blogger should always mention such things, so mea culpa for not doing so much earlier.

And (h/t David Keighley) there have been some tough interviews with pro-Remain interviewees (other than those by Andrew Neil!) - such as Friday's Today interview with the European Commissioner for Agriculture Phil Hogan (about 2 hours 40 minutes in), conducted by Nick Robinson, of all people. (That's one I didn't hear at the time. It was a scorcher.)

And with Dateline London improving on EU matters (this week's excellent episode featured blog favourite and leading Leave campaigner Alex Deane) and various other things (some of which I may have mentioned), it's obviously not all one way traffic.

Even my Newsnight monitoring (more on which next weekend), shows that the BBC has upped the number of pro-Brexit voices (though they still lag behind). And Friday night's edition did give George Osborne's pro-Remain scaremongering over housing quite a decent fisking.

And the resultant stats only show what they show. (Ditto!)

And they are (except, surprisingly, Dateline) showing a pronounced pro-Remain bias.

Plus, my stats are intended as medium-to-long-term studies rather than mere snapshots.

The BBC itself asks to be judged by medium-to-long-term studies rather than mere snapshots. The medium-term studies (here) are going strongly against them; a few of the snapshots aren't.

Make of that what you will.

Here endeth the case for the Defence.
Posted by Craig at 17:06