Time for a change of job, Jeremy? 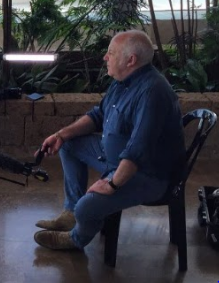 I've just been catching up with today's From Our Own Correspondent. I saw the website blurb saying there were stories from the Middle East, Afghanistan, Italy, Malawi and Turkey and wondered if 'from the Middle East' meant 'about Israel' (as if so often does with FOOC).

Kate Adie's introduction didn't preview the Middle East story, so I ploughed on. It came as the final item and began, innocuously enough, with Kate Adie talking about how anniversaries are increasingly being used as pegs by media outlets. 'Is it going to be a WW1 anniversary?', I wondered.

Then she announced the name of the reporter doing the 'FOOC' piece: Jeremy Bowen. I groaned. 'Oh God, here we go!', I thought. 'What anniversary is he going to choose? Something I/P-related?'.

And then he began:

Sixteen years ago this week my friend and colleague Abed Takkoush was killed by the Israeli army...

And, yes, the whole piece went through his trauma and his accusations against Israel yet again. It was unbelievable (only figuratively-speaking).

Given the widespread impression that the above incident coloured his whole approach to the I/P conflict, was it wise for FOOC to have indulged him once again?

Pro-Palestinian types on Twitter are full of praise for his 'dispassionate' reporting today.

Isn't it about time someone did something about Jeremy Bowen?
Posted by Craig at 20:24