I don’t believe anyone has discovered the secret of perpetual motion. (It’s not an actual secret - I think science says it’s impossible.) There absolutely has to be a source of energy.

The BBC’s robotic application of ‘impartiality‘  compels them to couple Islamophobia with antisemitism; the two seem to be inextricably intertwined. Stuck together like a limpet to a rock, fighting racism hand-in-hand.
This ill-conceived twinning implies false equivalence and automatically turns criticism of the antisemitism within Islam into an act of Islamophobia, and makes a faux mental illness out of a real fear.  Since a large chunk of the antisemitism currently in the spotlight emanates from Islam, this is an insurmountable problem.
Like a snake eating its own tail, this never-ending circularity from which there’s no escape looks and sounds like perpetual motion, but we know there’s no such thing, so we must look around for the source of energy. Which is the media. 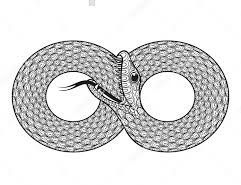 I came across this article by Robert Garson, a UK-educated barrister who practices in the US.

I don’t share his background by a long chalk, but it resonates with me. I’ve just stolen three samples from his essay, but it’s worth reading in full.
When he’s finished recounting recent events in the Labour Party he says:

“In my youth I was very fortunate to have been educated at The Manchester Grammar School, a northern bastion of fierce meritocracy. Despite being culturally diverse, the self-regulating all-boys environment did not tolerate racism and the only incidences of religious intolerance came when a teacher mildly objected to my leaving early on a Friday in the depths of winter.”

“As Britain is a largely secular country,  from the top down it does not have any understanding of Jews or their adherence to their faith, and if one tries to take a stand such audacity will be punished by being stolidly ignored. It is sad to see, as the Jewish community is a prime example of integration at its best. In practically every synagogue, every week, there is a blessing for the Queen, prayers are said for fallen British soldiers and charity is given to secular causes without question. The Jewish community craves acceptance from the country at large but often is the forgotten child while the government panders to those who shout louder and demand that the country conform to their desires.”

“Rather than laughing at the loony left, Britain needs to do some genuine soul searching. It always complains about the lack of integration but then fails to protect those who have become fully British but wish to retain a Jewish identity. The years of permitting anti-Israel and anti-semitic rhetoric have emboldened those who saw that they could verbally harass with abandon, and have expanded their horizons into the political arena. Ken Livingstone, Naz Shah and the like’s level of comfort to insult Jews could only exist in an atmosphere created by the acquiescence of all.”

The person who decided to superimpose a ‘scale’ map of Israel on top of a map of the USA  to imply that an insignificant demographic readjustment would be but a mere geographical drop in the ocean - might first look at the actual map, where in comparison to the vastness of the surrounding Islamic countries, Israel actually is a drop in the ocean. That person, whoever-it-was, might even ask him/herself, why would the existence of a tiny speck be such an inconvenience to anyone? 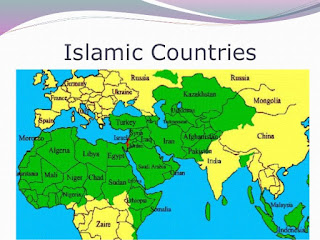 Then, that person might think, “but hey, it’s not a matter of size. The folks in the USA wouldn’t mind hosting Israel. Americans actually like Jews and we do not.”  But that would flag up the racist element, which they may prefer not to do.

They might say, No! it’s not racism, it’s merely to do with the actions of the Israeli government. We don’t like Israel because Jews go round killing babies and harvesting organs an so on. (Though why Americans should tolerate this malevolent behaviour no-one can tell.)

Then they might say “I’ve been fighting racism all my life”.

The BBC is quite content to construct any fairytale it fancies from a mere grain of truth. Thanks to Jeremy Bowen and his team, our perceptions are based on a body of economical reinterpretations of the actualité imaginatively reconstituted from grains of truth.
An ever-spinning reel.
Posted by sue at 17:01