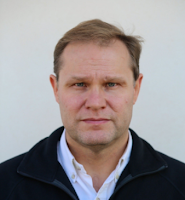 Talking of the Spectator, the BBC's Paul Wood writes occasional articles about Donald Trump for it. His latest piece, What does the British government know about Trump and Russia?, hasn't gone down with the magazine's below-the-line online commentariat. They think it stinks of BBC bias.

It's certainly a strikingly-written piece where every claim of wrongdoing (whether by Trump, or Arron Banks, or Russia, or the British government) is made to sound credible (sometimes with Paul Wood himself explicitly pronouncing it credible) but carefully caveated with 'some people say'-style get-out clauses. In the end, however, when you stand back from it a bit, it strikes you that not a single actual piece of the described wrongdoing has yet been proven. It's still all smoke and no fire.

And he's also quite capable of misreporting the President. One thing even some critics have conceded is that Donald Trump is following through on his election pledges and getting lots of them up and running. He recognised Jerusalem as Israel's capital and moved the US embassy there. He pulled the US out of the Iran nuclear deal. He withdrew the US from the Paris climate accord. He moved to renegotiate NAFTA. He pulled out of the planned Trans-Pacific Partnership deal. He introduced a travel bans for residents of several Muslim countries. He got tough with China on trade. He talked to Kim Jong-un. He got his tax cuts passed. He got his Supreme Court nominee accepted. He bombed Islamic State into oblivion.  Paul Wood, however, is sticking with the old line:

And Theresa May was the first world leader through the door of the Oval Office to see the new president. But whatever promises she wrung from Trump will depend on a follow–through and focus he has not shown. This is a president who could not get his own healthcare bill past a Republican Congress.

For a President with no follow-though and focus, his actions seem to show a lot of follow-through and focus.
Posted by Craig at 11:41